Nayanthara is an Indian film actress who is famous for starring in Tamil, Malayalam, Telugu, and Kannada films. Making her debut in the Malayalam film Manassinakkare in 2003 as Gouri, she attained a huge amount of success from it which in-turn helped boost her career. After that, she went on to star in several hit films such as Chandramukhi (2005), Dubai Seenu (2007), Tulasi (2007), Billa (2007), Yaaradi Nee Mohini (2008), Aadhavan(2009), Adhurs (2010), Simha (2010), Boss Engira Bhaskaran (2010), Sri Rama Rajyam (2011), Raja Rani (2013), Arrambam (2013), and many others. The gorgeous model and actress has also earned herself several awards such as the IIFA Utsavam Award, Kalaimamani Award, Tamil Nadu State Film Award, Filmfare Award South, and the Vijay Award. Nayanthara had also earned a place in Forbes India‘s prestigious “2018 Celebrity 100” list and Kochi Times‘ “List of 15 Most Desirable Women in 2014”.

Nayanthara studied at the Balikamadom Girls Higher Secondary School in Thiruvalla, Kerala. Later, she pursued a Bachelor of Arts in English Literature from Marthoma College.

Apart from that, she spent her schooling days in various other places like Jamnagar, Gujarat, and Delhi.

She prefers to dye her hair ‘pink’.

Nayanthara has appeared in commercials for several brands such as –

Nayanthara made her debut Malayalam theatrical film appearance as Gouri in Manassinakkare in 2003.

She made her debut Tamil theatrical film appearance as Selvi in Ayya in 2005.

Nayanthara made her first Telugu theatrical film appearance as Nandhinee in Lakshmi in 2006.

Nayanthara is very particular about her health and in order to keep herself fit and healthy, she regularly practices yoga. She is also very careful about what she eats, though, she does not follow a strict diet plan and eats whatever is offered to her when on set filming.

She also has a personal trainer who assists with her workout routines. Besides that, she tries to sleep for a minimum of 8 hours every day and also takes power nap’s in the afternoon to allow herself to feel fresh and go on with the day with a clear mind. 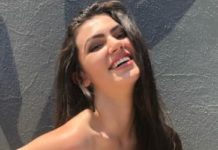 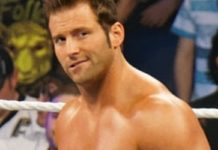 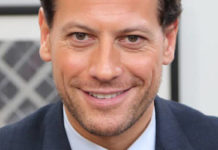