Electrifying smile, hazel eyes, Nikki Reed is an American actress, model, screenwriter, singer, and music video director. Blessed with a genetically slender figure, Nikki is always seen in perfectly sculpted shape. Best known for her roles in Thirteen in 2003, and Twilight series, the gorgeous star has also appeared as a guest actor in the TV show, The O.C.

The flawless beauty is aware of the curvaceous figure she owns. She takes great care of it by following meticulous exercise and diet regime. Let’s have a quick look at the diet plan and exercise routine of the fab star. 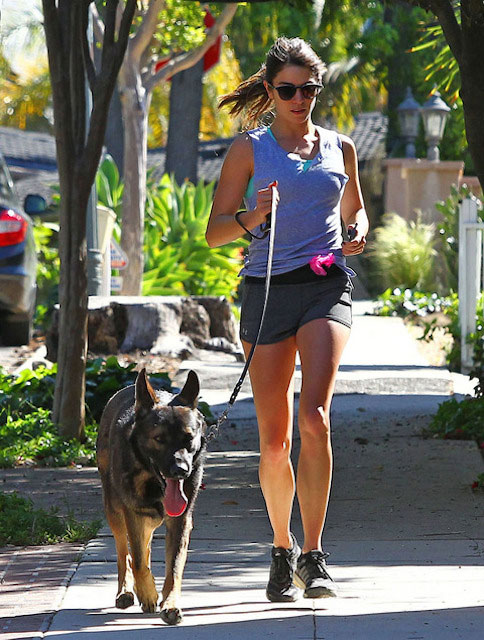 The phenomenal beauty believes in healthy nutrition, so she eats nutrient dense foods in routine. She is one of the Hollywood celebs, who strictly swear by vegan foods. She incorporates copious plant-based foods such as quinoa, brown rice, almonds, avocados etc. in her diet. Apart from being a big fan of kale, Nikki also inculcates antioxidant veggies such as spinach, asparagus, cabbage, broccoli etc. in her diet.

Besides that, to maintain her sylphlike figure, she banks on detox diet plans. The Twilight star consumes energy-boosting juice having apple cider vinegar, cranberry juice, lemon juice etc. added into it. She shares, the detox diet program being very refreshing eliminates all the toxins from her body and has her cherish healthier and happier body. The diet program, in particular, detoxifies her liver, kidney, and intestines, and speeds up her metabolism. Apart from cleansing her body from inside, the diet program also revitalizes her mind and fills her with a vibrant flow of energy.

Being sensible and knowledgeable about the value of foods, instead of blindly banishing all the carbs from her diet regime, the vivacious star judiciously eats complex carbs. She wonders how people forget to have their meals. As far her eating discipline is concerned, no matter, how busy her schedule is, she doesn’t let go her meals and consumes nutrient-packed snacks to pacify her appetite and energize her body. The prudent star doesn’t forget to have light snacks such as nut butter, toast etc. prior to her workouts. She complains of feeling dearth of energy when she performs her workouts without eating snacks.

Nikki was suffering from a vice named smoking, which was harshly hampering her fitness program. Keen to rid her body from the harmful poison, the stunner was constantly endeavoring to purge her from the killing habit and finally, she conquered her cravings for the slow poison in 2009. Prior to quitting smoking, she was not very conscious towards workouts, and gym too was not a fascinating place to her.

However, after quitting smoking, the bombshell experienced her doing better in exercises such as swimming, hiking, running, water-skiing, windsurfing etc. Apart from them also, she explored diverse new physical activities and inculcated varied workouts in her exercise routine.

Seemingly, tiny and fragile Nikki actually has tremendous ingrained strength and energy. She doesn’t feel captivated by easy workouts. Her inclination rather is more towards thrilling workouts such as boxing. The vigorous activity sculpts her arms, legs, and enhances her speed and endurance. Besides that, boxing scorches numerous surplus pounds from her body and conditions big muscle groups of her body.

Here comes one recommendation for Nikki Reed fans, seeking after toned bod like her. Since sleep is an important ingredient affecting your immune system, metabolism, and various other physiological functions, it has to be in perfect order.

There are some factors such as greasy foods such as cakes, pastries, and beverages such as tea, coffee etc. which take time in being digested. Consumption of these food items prior to going to bed are good enough to snatch your sleep. Make sure that you maintain gap of minimum three hours between your last meal and sleep, and pay special attention to the consumption of these sleep killing foods.

Aside from that, don’t do the strenuous physical cardio workout. You might be thinking that strenuous workout will have you get sound sleep, but workouts in-fact elevate adrenaline rush in your body and fill you with energy. Prefer doing your workouts three hours before going to sleep. Little cautiousness towards your sleeping pattern will rev up your metabolism and will stimulate fat burning process in your body.