Noah Grossman is an American actor, writer, YouTube personality, social media star, creator, host, voiceover artist, and director who is known for being a member of the famous social media group, Smosh, which also includes the likes of Ian Hecox, Anthony Padilla, Shayne Topp, Courtney Miller, Olivia Sui, and Mari Takahashi. Noah Grossman has also appeared in several shows like Disney Game On, Trophy Wife, Gang Bang, Winter Games 2016, Part Timers, Smosh Summer Games 2016: Camp, The Big What If, Chaos Wolves, Every Blank Ever, and Sugar Pine 7. He started his YouTube channel on February 19, 2015, and has uploaded a couple of videos on it and the videos have amassed more than a million views. Moreover, his engaging content and interesting pictures on various social media platforms have garnered him an impressive social media fan base with more than 800k followers on Instagram, more than 200k followers on Twitter, and more than 150k subscribers on YouTube.

Noah Grossman graduated high school in June 2015 and has also taken acting lessons. He has attended an acting workshop by actress Ellen Marano as well.

Noah Grossman is of ‎Hungarian and Yugoslav descent.

Noah Grossman has either endorsed or promoted a couple of brands through social media which include the likes of Einai Clothing Collective, Warner Bros. Pictures, and many more.

Noah Grossman was raised in a Jewish household.

Noah Grossman made his first web show appearance by playing the role of Jack in an episode, titled Boyfriend?, of the comedy series, Boys Are Stupid, Girls Are Mean, in 2012. He starred in the show alongside Vanessa Marano and Laurel Brewer.

As a voiceover artist, Noah Grossman made his web show debut by providing vocals to the character of Baby Noah in an episode, titled The Lunch Box, of the animated series, Smosh Babies, in February 2016.

Noah Grossman stays fit by leading an active life and working out on a regular basis. 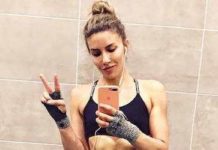