Oakley Fisher is an American social media personality, YouTube star, and actress who is best known for being one half of the popular social media twins, Taytum and Oakley, who have gained more than 4 million followers on their collaborative Instagram account. Oakley Fisher’s parents, Kyler and Madison, are also famous social media sensations and the entire family has pursued a career in the entertainment industry and has gained massive fan base on a variety of social media platforms. Taytum and Oakley also have their very own YouTube channel which itself has amassed more than 100k subscribers with videos titled “Baby Doll Bubble Bath Learn and Play”, “MAKING A POOPSIE SLIME SURPRISE!”, etc. Moreover, the twins also frequently get featured in their family vlogs uploaded on the YouTube channel, titled Kyler and Mad, which is managed by their parents. Other than that, Oakley Madison Fisher has also been a part of a couple of shows like Days of Our Lives, Ellen: The Ellen DeGeneres Show, Pretty Little Liars, and Pretty Little Liars: The Perfectionists.

Oakley Fisher started going to a preschool in September 2019.

Oakley Fisher is managed by her parents.

In addition to that, she was also cast in a commercial for Subway when she was just 3 months old.

Oakley Fisher has been raised in a Christian household.

Oakley Fisher made her first TV show appearance alongside her twin by playing the role of baby Holy in an episode of the popular daytime soap opera broadcast, Days of Our Lives in 2017.

She stays fit by indulging in gymnastics which is evident from some of the videos shared by her parents on their YouTube channel named Kyler and Mad. 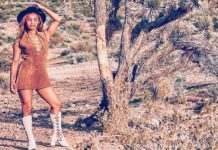