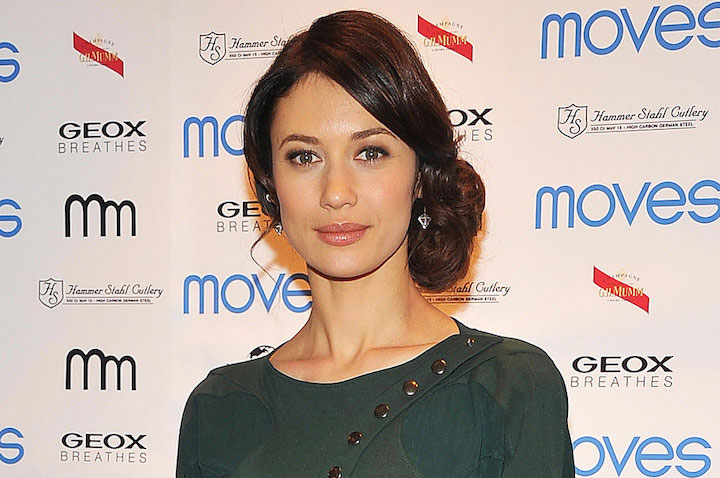 The former bond girl Olga Kurylenko is a French model and actress. Having started her career from modelling at the age of fourteen, the green eyed actress got her debut break in acting in 2005. However she grew apple of our eyes with her outstanding performance in the James Bond movie, Quantum of Solace in 2008.

Owning to her early days, the sizzling hot actress belongs to very humble background. Having spent her childhood days in extreme poverty and starvation, the phenomenal beauty has been through a lot in her life. Even now, though her sky rocketing success has her win great name and fame, but twice-divorced Olga could not afford to secure a blissful love life for her.

Genetically blessed with slender body, the French beauty doesn’t need to bother much about her diet and exercises. However, when her roles in the movies are demanding and seek her to tone her body, she doesn’t step back from putting her heart and soul in vigorous workouts to hone her body.

The brunette is big time foodie and does eat whatever she wishes to. In fact, the big portion size of foods consumed by the stunner often have her co-stars glare her with surprize. One of the reasons for her splurging habit is the recollection of her childhood days when she and her mother had to face dearth of foods.

She reckons, when life is allowing you to cherish the beautiful moments of life, why to stop allowing yourself live them. Despite being known as one of the most well-known celebs of Hollywood, Olga still finds herself attached to her foundation. She is very down to earth and sees life with a very positive outlook.

Having got lean and curvaceous figure in treasure, the kickass beauty is not much into workouts. She hits gym only when she has target of sculpting her hot body. Being a bond girl is seldom easy, but the bombshell who is not accustomed to workouts made that too possible with her hard work and devotion to her profession.

She practiced various tough workouts such as skydiving, kickboxing, strength training, martial training etc. to enhance her endurance power and stamina. Besides that, since fighting scenes also require one to have incredible speed, she worked day and night to magnify the number of lean muscles in her body. Not to mention, she had to push her way too hard to bring her out of comfort zone and execute all those workouts. While being in the effort to rip her curvy figure, she often ended up having painful arms and legs.

Although the sizzling hot actress is not very inclined to workouts performed in gym, she doesn’t elope from physically active schedule and outdoor activities. She engages her in varied cardio workouts such as running, hiking, swimming etc. every now and then, and feels immensely calm and contented after having her session of grueling workouts. Impressed with the holistic approach and benefits of yoga, she also practices yoga occasionally. The mesmerizing beauty had got formal training of ballet dance in her childhood, but after meeting with a fatal accident which severely hurt her leg, she had to say goodbye to it forever.

Guys, you being fans of Olga Kurylenko might feel tempted to follow the footprints of your favorite star. But like Olga, not everyone is favored with amicable genes having them enjoy bikini embracing figure without putting in extra efforts. Even if you are, your diet and workouts are the foundation stones of resilient and graceful svelte figure.

Your body which allows you to relish all the grandeur of life doesn’t require much from you. All your body wants from you is mere twenty-five to forty minutes spent on exercises, and emphasis on wholesome diet having considerate mix of carbs, proteins, and healthy fats.

These tools will not only get you chiseled bod but will also make it free from various kinds of ailments which are sufficient enough to making life hell for you. You can afford to buy all the luxuries of world with money, but health is one of the things money cannot buy you. So, show your reverence towards it by embracing healthy workout and diet regime.