Possessor of lean and athletic body, Paulina Gretzky is an American model, actress, and singer. Gretzky first became the glare of publicity when she began posting her fabulously sexy and viral images on the internet. Golf Digest indeed could not have found any other model or celeb as apt for its cover page as is the daughter of famed ice hockey player, Wayne Gretzky. Spicing up the media buzzes with her sassy image on the cover page of Golf Digest’s May 2014 issue, hot and fit blonde babe is educating the readers about six self-improving exercises meant for golfers. While doing so, the blonde bombshell didn’t miss to flaunt her enviable curves in skimpy and tiny clothes.

She confesses that she had to work truly hard to make those tough yoga postures in scorching sun and that too without looking fatigued. Aside from that, the magazine has also come up with one video in which you will witness Gretzky doing squats, lunges, stretches etc., and spilling her fitness secrets. Genetically blessed with incredibly slender and toned body, the bombshell attributes her superb body to her genes. Aside from that, she renders 70 percent credit to her diet and 30 percent to exercises, which have her get zero cellulite and ripped body.

The hottie being naturally slim is not restrictive in her eating habits. She adores foods and devours them without being intimidated. However, if she has pizza, cheeseburger for one day, she makes sure that she doesn’t repeat them very soon. While obeying her cravings, she does eat her adored foods, but in moderation. 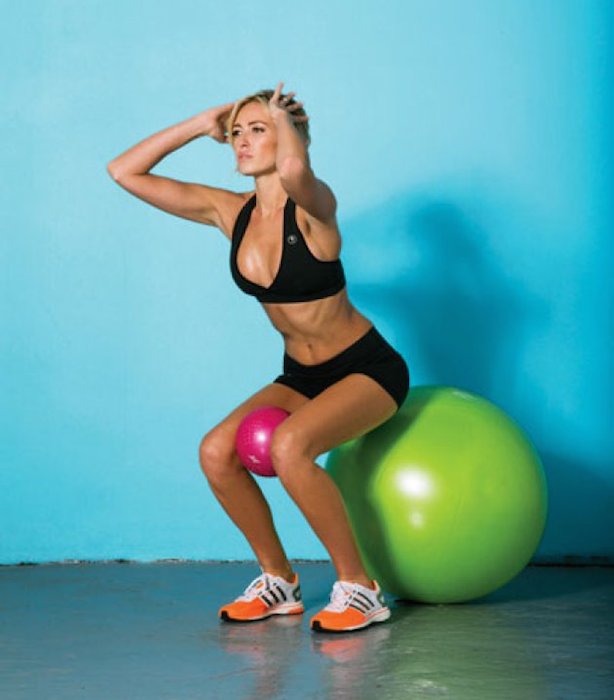 Without letting her fitness regime consume her life, the hot chick hits gym five to six days in a week. Being immensely flattered with the influence of stretching, Gretzky executes stretching both before and after workouts. She reckons, most of us overlook the workout considering it not very imperative. However, since the exercise elongates your muscles, it’s superb means to relax them.

Among workouts, she performed copious cardio workouts such as running, dancing, kickboxing etc. before becoming victim of hurtful knees. However, now she banks more on the exercises which are not being too harsh to her joints. Besides that, she being NHL heiress is quite sporty. In fact, her tomboy style had her play myriad male-dominated sports in childhood. She still not being alien to golf, plays it when she seeks minor change in her routine workouts.

Here comes one recommendation for Paulina Gretzky fans seeking to acquire statuesque figure like her. Gretzky gives 70 percent importance to diet and the remaining to exercises. Should you too adhere to the same principle, you can shed weight within bunch of weeks.

As a matter of fact, when we do workouts, we grow so confident that we feel like we are licensed to gulp down anything we yearn to eat. This destructive mentality hinders our way to bikini embracing figure. Recall the moments when you were on regular workouts and now recollect your attitude towards foods – wasn’t it too casual?!

Now, forget all your bygone mistakes and make a new beginning. Instead of being driven by your temptations, divert your attention to fitness and captivating figure. Allow yourself to visualize you having perfectly shaped-up body. Trust me…craving won’t knock back your door, if you use the formula every time you get cravings. Moreover, when we have concrete reason to drop weight, we inevitably feel more enthused and motivated. So, what are you waiting for? Stock your kitchen cabinet with healthy nuts, seeds, and whole grains and startle your friends with your sylphlike figure.