Piper Rockelle is an American social media star, actress, dancer, and singer who is known for her content based on challenges, pranks, makeup, DIY, and squishy videos that she uploads on her eponymous YouTube channel. She has collaborated with several social media sensations such as Logan Paul, Hayley LeBlanc, and Mark Dohner. Piper is also known for starring in the web show, Mani (2017-2018). She has amassed a huge fan base with more than 1.5 million followers on Instagram and over 1 million subscribers on YouTube.

Piper has been homeschooled.

Piper is represented by Matt Dugan.

She has released her music via Create Music Group Inc. /UMG Recordings, Inc.

Piper has endorsed several brands such as –

Piper made her debut web show appearance as Sky in the comedy series, Mani, in 2018.

Piper’s active lifestyle as a gymnast and a trained dancer has helped her keep her body fit and conditioned. 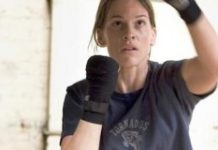