Rashami Desai is an Indian actress who is best known for playing Tapasya Raghuvendra Pratap Rathore Uttaran (2009-2014) and Preeti in Adhuri Kahaani Hamari (2016). On the other hand, she has also starred more than a dozen other TV shows including Raavan (2006-2008), Ishq Ka Rang Safed (2015), Dil Se Dil Tak (2017-2018), and Naagin 3 (2018). Rashami has also garnered a lot of attention in the industry with her appearance in various Bhojpuri films like Balma Bada Naadan (2004), Bandhan Toote Na (2008), Gabbar Singh (2008), and Kangna Khanke Piya Ke Angna (2008). However, her filmy reign over the industry does not end there for she has also appeared in Assamese, Gujarati, and several Bollywood films as well. This, in turn, has earned her numerous amount of awards and landed her a spot as one of the highest-paid television actresses of India.

Shalini attended the J B Khot High School in Borivali, Mumbai. She is also said to have attended the Narsee Monjee College of Commerce and Economics.

She is of Gujarati heritage.

Rashami has done endorsement work for several brands such as –

Rashami made her debut Assamese theatrical film appearance in a cameo role in Kanyadaan in 2002.

She made her first Bhojpuri theatrical film appearance in Balma Bada Nadaan in 2004.

Rashami made her Bollywood theatrical film debut as Sheetal in Yeh Lamhe Judaai Ke in 2004.

She made her debut Gujarati theatrical film appearance as Anjali Kapadia in Superstar in 2017.

Rashami made her debut TV show appearance as Mandodari in Zee TV’s Raavan in 2006.

The secret to Rashami’s fitness is happiness. She also does go to the gym whenever she gets the chance.

As for her diet, Rashami prefers to eat healthy food, especially made by her mother. She is very picky about what she eats and eats only as much as she can eat. Rashami also prefers to consume salt very moderately. 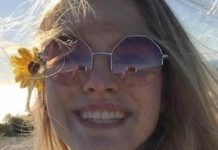 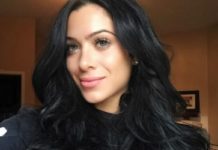