Rekha is an Indian film actress who is popularly known for her work in films like Umrao Jaan, Khubsoorat, Ghar, and many more. She is considered to be a versatile actress and one of the best actresses of all time. Rekha made her debut as a lead in the film Sawan Bhadon in 1970. She has often played very prominent female parts and has even won a National Film Award.

Rekha attended the Sacred Heart Convent for Girls in Yercaud, Tamil Nadu. She quit school at the age of 13 to pursue a career in acting due to her financial condition.

Rekha is managed by Farzana.

She has been a part of the commercials for brands like – 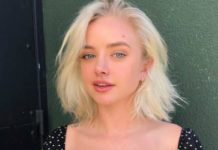