Rupert Grint is an English actor, voiceover artist, and theatre artist who is best known for having been cast as Ron Weasley in the Harry Potter film series. This role won him several accolades including the 2002 Satellite Award for “Outstanding New Talent”, 2002 Young Artist Award for “Most Promising Young Newcomer”, 2011 BBC Radio 1 Teen Award for “Best British Actor”, and 2012 2012 MTV Movie Award for “Best Cast” (shared with Daniel Radcliffe, Emma Watson, and Tom Felton). Apart from the Harry Potter film series, he has also been cast in a variety of roles in other films and shows such as August “Gustl” Kubizek in Urban Myths, Julian Pearce in Servant, Daniel Glass in Sick Note, Cheetah Chrome in CBGB, Charlie Cavendish in Snatch, Gunner Robert Smith in Cross of Honour, Ben Marshall in Driving Lessons, and Tony in Wild Target. 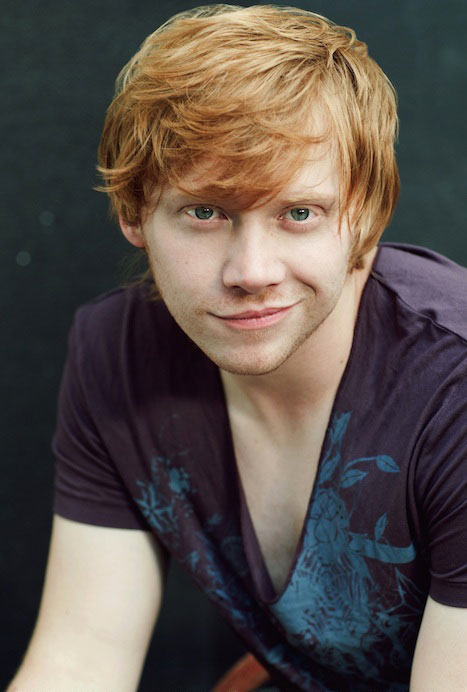 Rupert went to St Joseph’s Primary School in Hertford. He started performing in school plays and joined a theater group while in this school. Subsequently, he attended Richard Hale School in Hertford, Hertfordshire.

At the age of 16, he left school to focus fully on his acting career.

He is of English and Irish descent.

Grint has appeared in commercials on Visit England Tourism Campaign, SKY Christmas, “Holidays at home are great” commercial, and many others.

He was announced as the Starlight ambassador in the past.

Playing Ron Weasley (one of the three main characters) in the Harry Potter film series. Rupert appeared in all the eight films in the series from 2001 to 2011 alongside Daniel Radcliffe and Emma Watson.

In 2001, he appeared in the fantasy film Harry Potter and the Philosopher’s Stone for his role as Ron Weasley.

In 2010, Rupert guest appeared in BBC’s mockumentary television comedy series Come Fly with Me as himself in just one episode.

For the film Harry Potter And The Deathly Hallows Part I, he didn’t visit any gym as he didn’t feel the need to do so.

He is not very sporty in nature. He likes to watch sports rather than take part in them.