Stacy Ann Ferguson or more popularly known as Fergie is an American singer and songwriter who got worldwide success as the female vocalist for the Hip Hop group Black Eyed Peas. She has acted in various film and TV Shows as well starting from 1986. So, do you think she has made such success only due to her talent? I guess there must be a little role of his svelte body as well behind her success. Let’s check out her workout secrets. 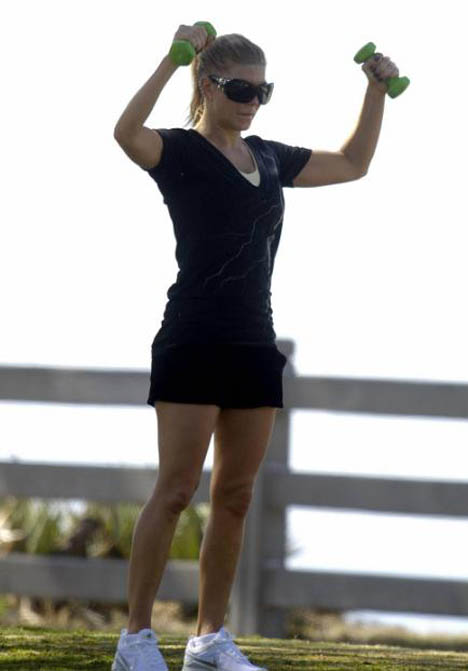 Ferguson doesn’t have a personal trainer as she doesn’t like someone instructing her what to do next. She does whatever she likes and whenever she wants. Ferguson says that it is easier for her to remain in shape when on tour. This is because she is forced to workout whether she wants or not in the form of set every night. In her own words

“I am glad that our music motivates people to exercise. If I had to pick just one song to run to, it would be ‘Violet’ by Hole. It makes me want to run.”

For her 2009 movie “Nine”, she did a hard workout to prepare toned legs as she had to role as a voluptuous dancer. Though at that time she had to take help from trainer Mike Ryan. She did this workout for her legs – 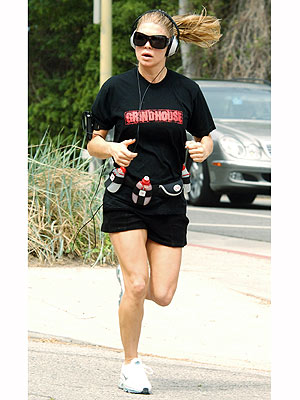 She is seen in the gyms doing a lot of cardio. Her workout exercises include basic abdominal exercises for dummies, jogging with her hubby Josh Duhamel, hiking, stair-climbing and resistance training with her band mates. She says

“Working out is really the top thing in my life that I do for my self-esteem and self-worth. It is like investment in health and happiness. When I am exercising, I get really proud of myself because I know I am doing everything in my power to be healthy.”

Fergie eats only pure food and nothing processed. She eats the following meals after every 3 hours to keep her metabolism up, prepared by Fergie’s nutritionist Carrie Wiatt. Here a diet chart of Stacy Ann Ferguson. 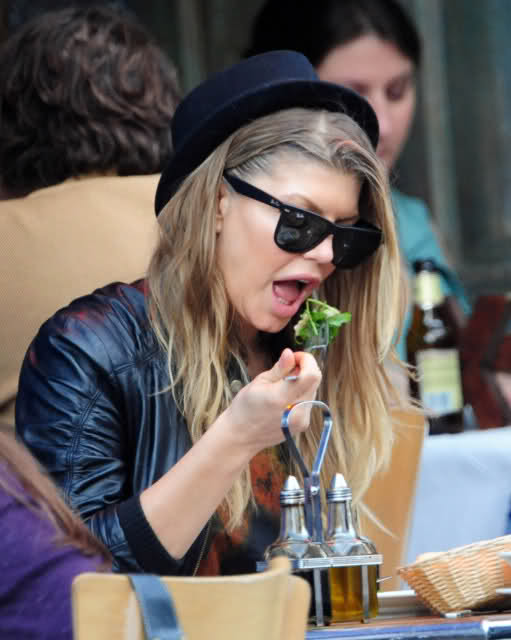