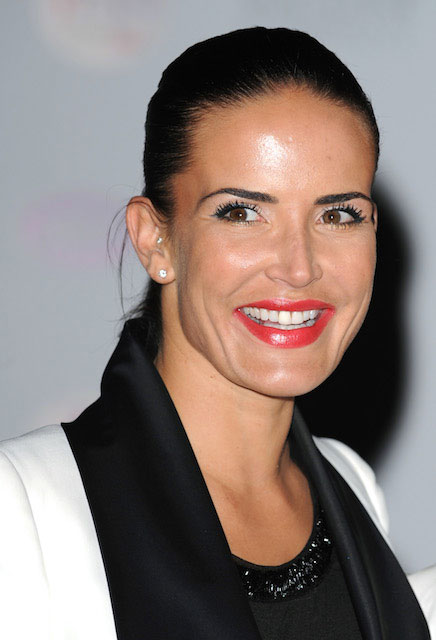 As a DJ, she has been signed to Worldwide DJ Management.

She has also been repped by Unleashed PR Limited, PR Agency, United Kingdom.

Tattoo on the lower back

She is best known as a Wonderbra girl.

Sophie started with the Ready to Wear – Spring / Summer 2005 fashion show where she modeled for Scott Henshall.

Anderton played the role of a “Female Killer” in the 2007 British teen comedy film Popcorn.

Her first television appearance was in 1996 as a presenter of the news talk show The L.A.D.S.

Her first celebrity crush was on Robert Smith of the Cure followed by Adam Ant.

She works out under the guidance of her personal trainer, Jamie Baird.

Sophie is an early riser and wakes up at 6 in the morning. Just after that, she goes for a morning walk for about 90 minutes. She also hits the gym in the afternoon. She likes to run and do yoga.

She first started exercising in September 2004.

Regarding her diet, she eats three meals and snacks a day.