Stefano Gabbana is a talented Italian fashion designer and entrepreneur known as one of the co-founders of the world-renowned luxury fashion brand Dolce & Gabbana. He learned to design at the Istituto Superiore per le Industrie Artistiche in Rome. Most of their designs are influenced by the Sicilian history and are centered on independent and strong women. Stefano believes that it is the individual style that lasts forever as fashion is never constant.

Stefano Gabbana self manages his work.

Apart from promoting his own brand, Stefano Gabbana hasn’t done endorsement work for any other brand.

In 1995, he made his theatrical film debut in the romantic drama film The Star Maker as a Photographer.

In 2003, he made his first TV show appearance as himself on the Fashion Television series.

Stefano Gabbana works out regularly. He goes to the gym and works out for about 45 minutes. He loves to run and does exercise on the CrossFit. Then 3 times a week after his workout, he likes to get a massage. 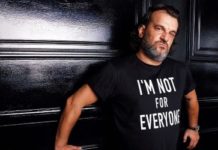 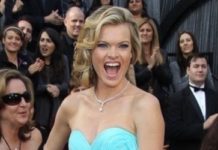