The Victoria’s Secret Fashion Show has been a huge success. 47 models participated in the extraordinary event this year and stars like Selena Gomez, The Weeknd and Ellie Goulding added more shine to the show. Still most of the attention was on the show’s Angels who looked ethereal.

Talking about the angels, have you ever wondered how the show’s Angels get the look they flaunts? Do they put in a lot of effort in getting their killer shapes? The answer is yes and you must read the insights shared by celebrity trainer Michael Olajide Jr. who’s helped divas like Iman Chanel, Adriana Lima, Karolina Kurkova and Doutzen Kroes to be their absolute best physically.

If the report published by Fashion Week Daily is to be believed, the international fitness expert trained the angels by insisting that they should take the entire Aero-line of workouts, but all of them didn’t follow the same workout. All the angels usually varied their workouts depending on their personality but all of them stuck to four key workouts.

The first one is called AERO-jumping in which a person does jump-roping and shadowboxing. The second workout they liked was the AERO-3 class in which cardio is clubbed with punching and sculpting maneuvers. The third type of workout is named as AERO sculpt abs in which they burned excess fat and water from their bodies to get great tone definition. The last workout they preferred was the AERO barre class that aimed at helping the angels build their glutes and lower body strength.

The co-founder of Aerospace also pointed out that the models worked very hard to get that dazzling look. The sessions with him were challenging their minds and bodies to a great extent. According to him, the amount of hard work they put in was nearly as much as put in by the people who are preparing for an athletic competition. The only exception was that the angels didn’t use any hand weights.

The former champion boxer also shared a great workout routine for non models. He thinks that newbies should start with an AERO 3 class to get a good foundation in the early stages of shaping their bodies. Then they should move on to the AERO Power class that develops the foundation further and teaches some great skills. The last stage is to enroll into an AERO barre class that will give your muscles a wider range of motion. He also suggests that the people who can’t actually visit Aerospace can also get in shape by using the excellent DVDs, Aerospace launches from time to time.

Staying in Shape without Gymming

People who are phobic of gyms, hate gyms or can’t simply find the time to visit one can also shape up their bodies nicely, according to the talented trainer. He thinks you can do great exercises like jump-roping at home. It is a basic cardiovascular exercise that will help you to de-stress without spending a lot of time or money. This exercise has it all – power, flexibility and balance. It will also constantly challenge your body and mind and thus will prevent you from getting bored of it. Get started with jump rope by reading this interesting article by Muscle and Fitness.

The winner of four championship titles also spilled beans on the Tallum boot camp which included five varied workouts in a single day. It also involved strictly following a Vegan diet. The combo helped the models to burn more than what they were putting into their bodies.

The exact daily routine of the models in the Boot Camp consisted of the following:

The Director of Programs and Chief Instructor at AEROSPACE shared a bit of post workout advice too. He thinks that if you want to have a healthy post workout snack/ drink, you should stick to coconut water only. Learn about some other benefits of coconut as a Post Workout drink by going through this great write up by Breaking Muscle. 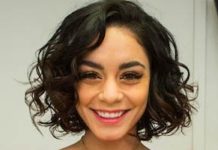 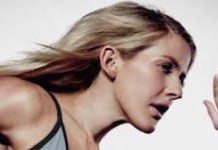