Amy Poehler is an American actress, voiceover artist, comedian, writer, producer, and director who became a cast member of the NBC sketch-comedy series Saturday Night Live in 2001 and was then appointed as the co-anchor of SNL‘s Weekend Update in 2004. Over the years, she has been cast in films and shows like Shortcut to Happiness, Spring Breakdown, Fight for Your Right Revisited, Arrested Development, Making It, Welcome to Sweden, Wet Hot American Summer: Ten Years Later, Parks and Recreation, Wonder Showzen, They Came Together, A Very Murray Christmas, The House, The Secret World of Arrietty, Freek Dance, Baby Mama, Are You Here, A.C.O.D., and Southland Tales. Amy’s voiceover credits include projects like Shrek the Third, Horton Hears a Who!, Alvin and the Chipmunks: Chipwrecked, Alvin and the Chipmunks: The Squeakquel, Inside Out, SpongeBob SquarePants, The Awesomes, The Mighty B!, and Napoleon Dynamite. 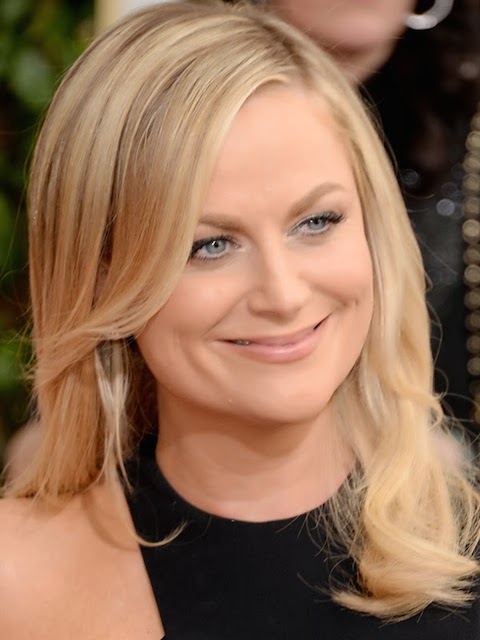 She graduated from Burlington High School in Burlington, Massachusetts in 1989. In 1993, Amy earned a degree in media and communications from Boston College. She has also studied at ImprovOlympic with actor and writer, Del P. Close.

Amy has English, German, Irish, and Portuguese ancestry on her father’s side while she is of Irish descent on her mother’s side.

She has appeared in Best Buy’s Super Bowl commercial.

Playing Leslie Knope in NBC’s comedy series Parks and Recreation since 2009. She did 142 episodes on Saturday Night Live from 2001 to 2008.

She made her film debut with the 1998 American absurdist comedy Tomorrow Night for her role as “Woman Sprayed with Hose”.

As a voiceover artist, she made her theatrical film debut by providing vocals to the character of Snow White in the 2007 computer-animated comedy film, Shrek the Third.

In 1996, she appeared in an episode of late-night talk show Late Night with Conan O’Brien as Stacy.

She goes to the gym and takes care of her fitness. In an interview with Ladies’ Home Journal, Amy revealed her dream exercise class in which she spoke about personal trainers.