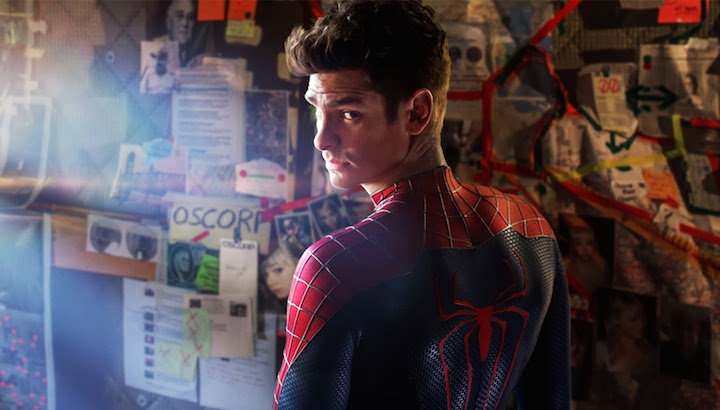 Flamboyant look, slender body, Andrew Garfield is an actor having American as well as British citizenship. After having started his acting career with the movie, Lions for Lambs in 2007, Andrew became popular with his role in the movie, The Social Network in 2010. His admirable performance in the movie also had him win Golden Globe award and BAFTA nominations.

Afterwards, the most challenging offer approached him when he was to perform spider-man in The Amazing Spider-Man in 2012. Since the name spider-man used to be an alias of the famous iconic actor, Tobey Maguire, Andrew had to impress the audience with his spectacular performance. And not to mention, Andrew flourished in doing justice to the role of spider-man and his popularity had him reprise in upcoming, The Amazing Spider-Man 2 in 2014.

Being genetically slender, the handsome actor was not much concerned about stripping off pounds from his body. However, being devoid of muscle mass, his fitness objective was to groom his body and elevate the number of lean muscles in his body. The character of spider-man being directly connected to strength and agility required Andrew to possess these qualities through diet and workouts. Let’s find out what kind of diet plan and workout routine the heartthrob actor followed to drill his body.

Andrew is not very cautious about his diet and he eats copious junk and unhealthy foods such as bread, pasta, chocolate, burger, potato chips etc. in his daily routine. However, after being finalized to play the role of superman, the young actor adhered to a very healthy diet regime. He inculcated sushi, salmon, tuna, beef, chicken breast, peanut butter, milk, tofu, veggies etc. in his diet. With the aid of his diet, within two weeks, he scorched seven pounds. He further melted numerous calories by being on such a diet; however he was to elevate his body weight with lean muscles.

Spider-man being supposed to wear extremely skinny clothes could not afford to have even smallest of flab, so his calorie consumption used to be under radar. He consumed only that many calories which were sufficient to energize him to execute his workouts. To speed up the muscle building and fat burning process, the actor also consumed diverse protein supplements such as whey protein, casein, glutamine etc. prior to his workouts. To make his fitness program flawless, the stunning actor also said goodbye to smoking, which he knew was averse to health and fitness.

The actor with killer look never had very sporty background. Although his father being swimming trainer always nudged him to abide by workouts in his early childhood, but Andrew mostly overlooked them. However, his career had him do everything he tried to elope from in his younger days.

Under the guidance of personal trainer, Armando Alarcon, the actor followed disciplined workout regime and practiced workouts five times in a week. To develop his core strength and enhance the limberness of his body, his personal trainer had him execute Pilates, plyometrics in highest degrees. His plyometric exercises included box-jumps, squat jumps, clap push, ups, sprint training, bouncing exercises etc. targeted to build up his speed and endurance. Besides that, plyometrics being high intensity workout caters to all the big and small muscle groups of your body.

To acquire sprightly athletic physique, his personal trainer allocated his workouts in two parts. While one part looked after his chest, shoulders, arms, second part sculpted his lower body such as abdomen, legs, thighs, butts etc. He practiced intense strength training with dumbbells, weighing forty pounds while making eight to sixteen reps and three sets of each exercise. Chin-ups, clean and press, squats etc. were integral parts of his strength training exercises. For toning his lower body, he embraced strength training such as machine leg press, lunges, calf raise etc.

Here come recommendations for Andrew Garfield fans seeking to acquire chiseled and muscular physique without being intrigued by the gimmick of crash diets and vigorous workouts. First of all, make some alterations in your diet and replace foods rich in trans fats, starch, sugar, salt etc. with foods having opulent content of omega-3 fatty acids, proteins etc. Your metabolism will get a boost with the consumption of nutrient dense foods, which further will trigger fat burning process in your body. And as far as workouts are concerned, don’t panic, without practicing tough and complicated workouts also, you can afford to have ripped body.

Just make sure that your body gets sufficient movement in a day, and whatever exercises you do, they are capable of pouring out sweats from your body, unless you embrace yoga or Pilates. To have flattering and swifter results, prefer making good congregation of cardio exercises and strength training. You can execute some simple yet influential workouts such as bicycle crunch, woodchopper, knee tucks on bench, abs crunch on stability ball etc.