Arielle Kebbel is an American actor, voice actor, model, and producer who has been cast in various films like American Pie Presents: Band Camp, Fifty Shades Freed, Soul Plane, The Kid & I, Think like a Man, Dirty Deeds, Be Cool, Outlaw Trail: The Treasure of Butch Cassidy, The Grudge 2, John Tucker Must Die, Aquamarine, Forever Strong, The Uninvited, Vampires Suck, I Melt with You, Answer This!, The Brooklyn Brothers Beat the Best, Mardi Gras: Spring Break, A Brush With Love, Supporting Characters, After We Fell, and A Bride for Christmas. Arielle Kebbel is also known for her television roles like playing Alexia “Lexi” Branson in the supernatural teen drama series The Vampire Diaries, Tracy Legette in the comedy-drama series Ballers, Vanessa Shaw in the teen drama series 90210, Lindsay Anne Lister Forester in the comedy-drama series Gilmore Girls, Amelia Sachs in the crime drama series Lincoln Rhyme: Hunt for the Bone Collector, Lucy Donato in the procedural series 9-1-1, and Olivia Charity in the NBC supernatural drama series Midnight, Texas.

Kebbel graduated from high school one semester early and got a GPA of 4.3.

As a model, she was signed to Principal Entertainment.

She has German and Swiss-German ancestry on her dad’s side, while she is of German and English descent on her mom’s side. 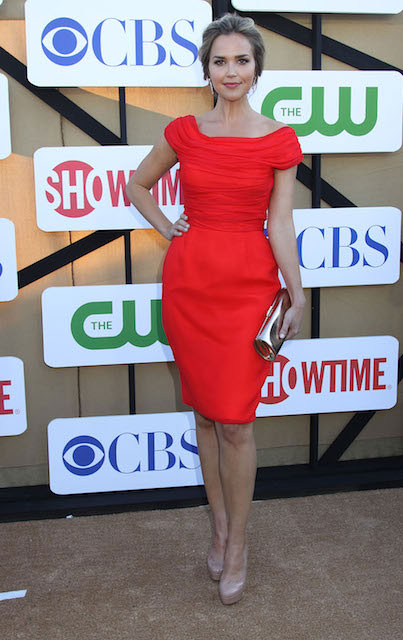 She appeared in the 2004 comedy film Soul Plane for her role as Heather Hunkee.

In 2003, Arielle guest appeared in the crime drama television series CSI: Crime Scene Investigation for her role as Right Teen in an episode titled “Forever”.