Frankie Muniz is an American actor, race car driver, voice artist, writer, producer, and musician who is best recognized for playing the title character in the Fox sitcom Malcolm in the Middle (2000-2006), a role for which he earned an Emmy Award nomination and two Golden Globe Award nominations. He has also been cast in a variety of shows and movies like The Fairly OddParents, Agent Cody Banks, Big Fat Liar, Walk Hard: The Dewey Cox Story, Arrested Development, Stay Alive, Blast Vegas, My Dog Skip, Spin City, What the Deaf Man Heard, Miracle in Lane 2, Criminal Minds, The Simpsons, Lost & Found, Dr. Dolittle 2, To Dance with Olivia, The Andy Dick Show, Moville Mysteries, The Nightmare Room, Stuck on You, Choose Your Own Adventure: The Abominable Snowman, Walk Hard: The Dewey Cox Story, Sharknado 3: Oh Hell No!, Pizza Man, Dancing with the Stars, Dancing with the Stars: Juniors, Misfit Garage, Racing Stripes, Deuces Wild, and Sabrina, the Teenage Witch. In addition to acting, Frankie Muniz has also pursued his other passions and he put his acting career on hold in 2008 to pursue an open-wheel racing career and competed in the Atlantic Championship. Also, he served as the drummer of the indie rock band Kingsfoil from 2012 to 2014. 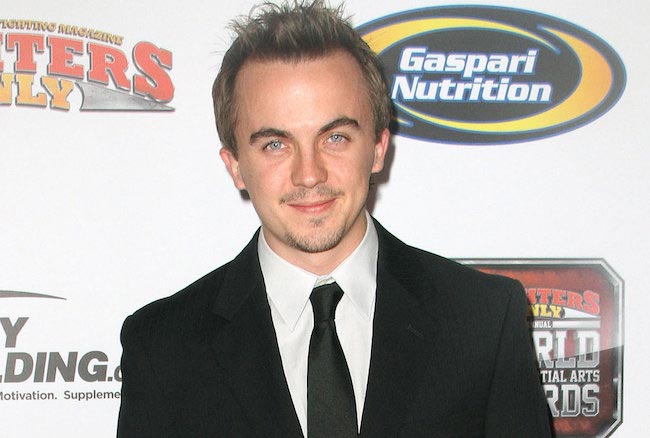 Frankie was homeschooled for the most part.

Frankie Muniz has been signed with –

According to CelebrityNetWorth.com, his net worth had been $30 Million.

He has Puerto Rican ancestry on his father’s side while he is of Italian and Irish descent on his mother’s side.

He has also appeared in Ruffles 3D’s commercial. As a young child, he was seen in a Star Market commercial.

In 2000, he appeared in an advertisement for Milk.

As a drummer, he was a part of the unsigned band “You Hang Up”.

In 1999, he appeared in the romantic comedy film Lost & Found for his role as a boy in the TV Movie.

He likes working out and eats even non-vegetarian stuff.

Here, you can have a glimpse of Frankie working out in the gym.