Bryan first attended Canoga Park High School from where he went to Los Angeles Valley College and graduated in 1976, achieving an associate degree in police science.

Bryan has 1 younger brother too who is also an actor.

Bryan is of German, Irish, and Austrian-Jewish descent.

Cranston’s body specifications may be –

He has also voiced over the commercial of Pennzoil.

Bryan’s religious beliefs are not known.

Bryan appeared in the satirical comedy film Amazon Women on the Moon (1987) as Paramedic.

His first featured role was in the movie The Big Turnaround (1988) as Jim.

His first appearance in a TV show was in 1982 when he acted as Sam in the episode Bisexual Marriage in the TV series Crisis Counselor.

The actor has never been a real fan of exercising. Though for playing Walter White, he had to do some exercises to get back in shape. To prepare for a certain role, he sometimes has to change the way, he eats and even incorporates exercising. 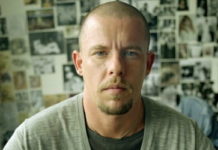