Arnold Schwarzenegger is an Austrian-American film actor, former bodybuilder, producer, businessman, investor, author, activist, philanthropist, and politician who served as the 38th governor of California from 2003 to 2011 and later served as the Republican governor of California. He was 15 years old when he started lifting weights and won the Mr. Olympia contest 7 times. He has also been cast in numerous films including Collateral Damage, Hercules in New York, The 6th Day, The Expendables, The Expendables 2, The Expendables 3, Terminator 3: Rise of the Machines, The Terminator, Terminator Genisys, Batman & Robin, The Last Stand, Pumping Iron, Escape Plan, Terminator: Dark Fate, Jingle All the Way, Conan the Barbarian, Total Recall, Commando, Conan the Destroyer, Twins, Last Action Hero, and Terminator 2: Judgment Day. 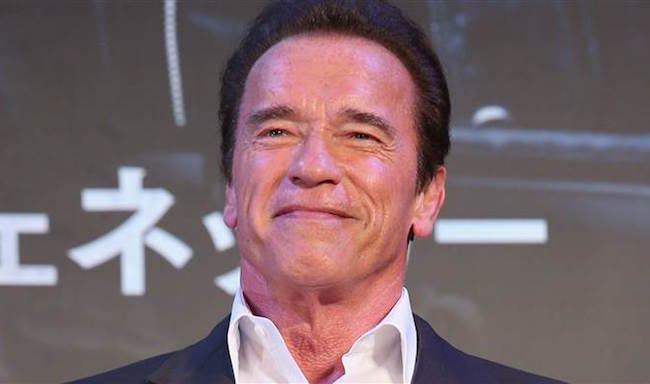 Arnold attended the University of Wisconsin–Superior and later to Santa Monica College.

At 15, he studied psychology to take benefit of how minds work over the body.

His net worth had been $400 Million according to CelebrityNetWorth.com.

Arnold Schwarzenegger is of Austrian and Czech descent.

He may not have maintained the above specific figures now as he has left bodybuilding.

Arnold as a politician is from United States’ Republican party. He served as the 38th Governor of California for two consecutive terms from 2003 to 2011.

In 1969, Arnold debuted with the low-budget fantasy adventure film Hercules in New York where he played the title role as Hercules.

In 1977, Arnold was seen in  The Streets of San Francisco where he played the role of Josef Schmidt in just an episode entitled “Dead Lift.”

He started his bodybuilding in the United States under the supervision of Joe Weider at Gold’s Gym in Venice, Los Angeles, California.

Arnold used to train his chest and back together in a single workout session as a superset. It would help him to save time and spend time on the quality workout, plus it made him bigger much easier and he could lift more weight. Get to know more about his fitness regime at Simply Shredded.