Bretman Rock is a YouTube artist from the Philippines who uploads makeup videos on YouTube. He has over 3 million subscribers on YouTube and 10+ million followers on Instagram. He joined YouTube in September 2012 but did not start posting the videos until 2015. He also has many beauty products under his name. His younger sister Princess Mae is also an Instagram sensation who frequently appears in Bretman’s videos.

He has Portuguese ancestry.

Bretman has not talked about his religious beliefs in the public space.

Being a famous makeup artist and beauty influencer on Instagram with a fan following of 10+ million.

He has not appeared in any theatrical movie yet.

Bretman has not appeared on any TV show yet.

Bretman leads an active lifestyle to remain fit. Plus, he has been seen posting his weightlifting videos on Instagram several times. He has set up a small home gym. 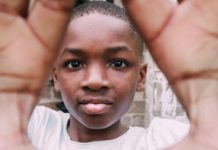