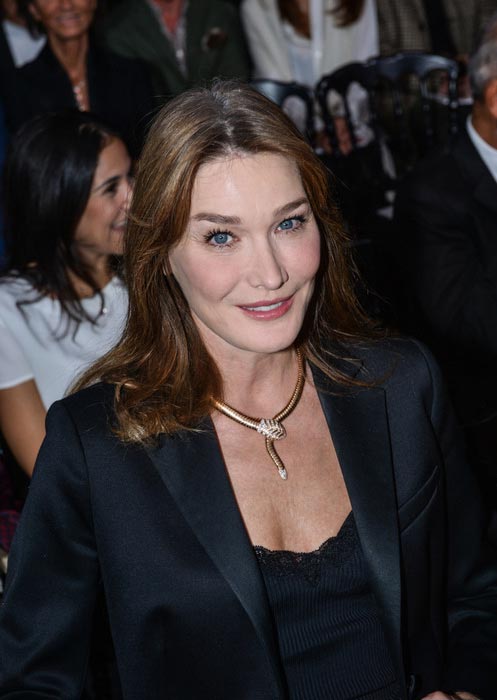 She then started studying art and architecture in Paris. However, at the age of 19, she left school to pursue a full-time career in modeling.

As a model, she has been signed with these agencies –

Her net worth had been $12 Million according to CelebrityNetWorth.com.

She has Italian, French, and German ancestry on her mom’s side.

Multi-talented personality – She is a successful model and singer. 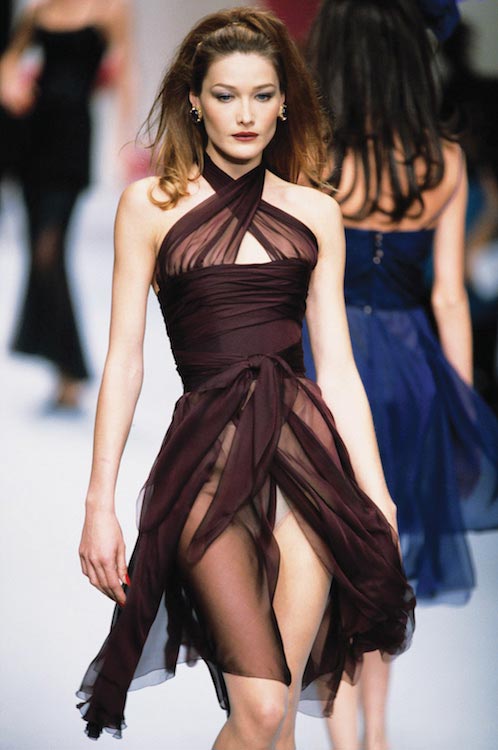 Her modeling and singing careers and for marrying French ex-president, Nicolas Sarkozy.

Carla debuted with Ready to Wear – Spring / Summer 1989 fashion show where she walked the ramp for Valentino.

Carla’s first album was Quelqu’un m’a dit released on April 8, 2003 via Naïve Records. It charted at #1 in French and Belgian music charts.

It was certified as ‘Platinum’ in Belgium and Canada. The album consisted of 12 songs and received fairly good reviews.

She debuted with the 1994 film Prêt-à-Porter (released in the US as Ready to Wear) as herself. Her role was uncredited.

Next in 1998, she appeared in the French comedy film Paparazzi as herself.

Carla and her politician husband Nicolas have taken help from the personal trainer, Julie Imperiali. Carla was already working with Julie for a couple of years.

Nicolas Sarkozy became the first French president to have a personal trainer.

You can read more about their workout at Independent.

Regarding her diet, she eats whatever she wants. But, she never overindulges in whatever she eats. Good food and beer attract her. Portion control is the key.