Carolyn Murphy is an American model and actress who has done modeling work for a variety of brands and designers such as Missoni, Versace, Calvin Klein, Tiffany & Co., and many more. She has also been featured in numerous magazines such as Vogue. As an actress, she has portrayed roles such as Dubbie in Liberty Heights. Carolyn also appeared on the cover of the Sports Illustrated Swimsuit Issue in 2005 and 2006. In the past, she has served as the host of Project Runway All Stars. 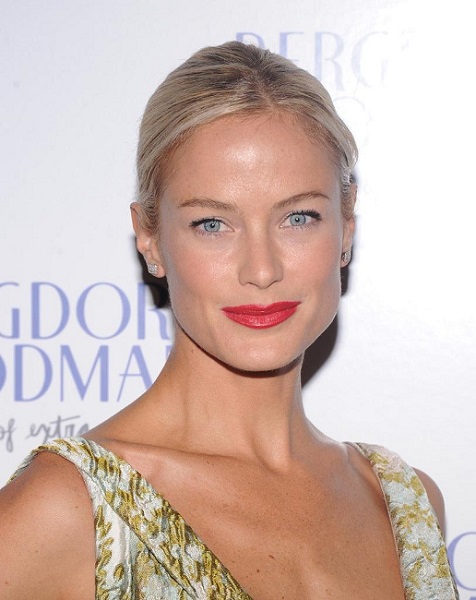 Murphy graduated from Choctawhatchee Senior High School in Fort Walton Beach, Florida in 1991. Post that, she also attended the University of Virginia while working as a model part-time.

Both her parents were in Air Force and separated when Carolyn was born.

Carolyn can be contacted through these modeling agencies – 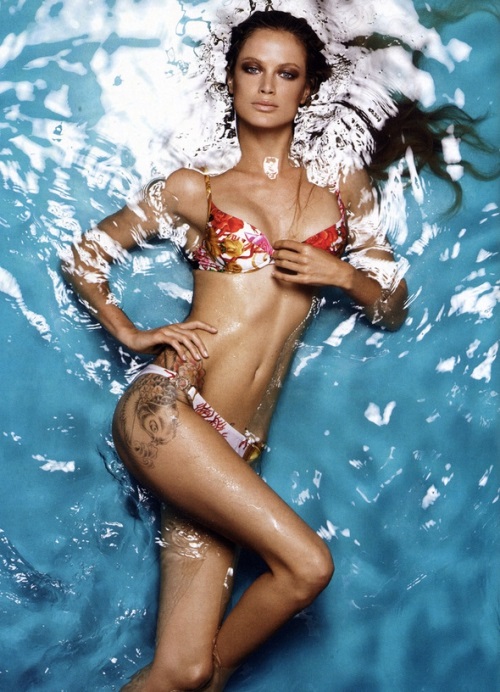 Modeling and one of the highest-earning models. She grabbed the no. 9 spot in Forbes “Top-Earning Models” list in 2012 with estimated earnings of $3.5 million in a single year.

1999 comedy-drama film, Liberty Heights for her role as Dubbie. She was chosen to act in the film by director-writer-producer, Barry Levinson.

Carolyn says that happiness is essential along with a good diet. It will keep the body beautiful and good from the inside. She talked to Vogue about all this. In her own words –

“I have been extreme in the past, but I think it’s unrealistic and boring just to eat vegetables all the time. Happiness is the biggest part to being beautiful and feeling good inside, so if you’re taking care of your body you’re obviously going to feel good. I think [it’s best] sticking to fruits that have antioxidants and lean meats and fish.”

She also talked about her fitness secrets and staying fit. She revealed –

“Again, it’s hard to stay consistent. I go through phases where I’m on the treadmill, I’m doing the hiking, the yoga class, then I tailor it to more: ‘What can I do in a hotel room? Or when I drop my daughter off at school?’ It comes down to basics. Recently, it’s been about the mat on the floor, some leg lifts, some squats, but mainly the breathing. I find that deep breathing centers me.”

In a different interview given to Bella Sugar, she stated that Bikram Yoga is what she practices most, whether she is in a hotel or house.