Charlotte started her education at the Les Dames de Saint Maur but left at the age of six and instead got admission at the École de la République. After that, she took admission at the Collège Glanum of Saint-Rémy-de-Provence.

In 2000, she started attending the Lycée François-Couperin, Fontainebleau but left it in 2004 after clearing the baccalaureate exam with excellent grades.

She then enrolled at the Lycée Fénelon in St-Germain-des-Près, Paris in the hypokhâgne and khâgne course to prepare for École normale supérieure. She wasn’t included in the list of candidates that were eligible for the oral round of the exam.

She completed Bachelor of Arts degree in License of Philosophy from the University of Paris IV: Paris-Sorbonne.

In January 2015, Charlotte was made the global brand ambassador for the Montblanc.

She has also been made the face of the Gucci cosmetics.

Charlotte hasn’t appeared in any film till date.

She made her TV show debut in the talk show Le supplement as herself (guest) in a March 2016 episode.

Charlotte Casiraghi has worked with James Duigan, who is a creator of Bodyism concept to look the best. James aimed at improving her eating habits, sleeping and work patterns to help her keep her body lean and healthy. The workout routines comprise of circuit weight training sessions, yoga, and boxing sessions.

Her love for horse riding also helps in keeping her body toned. She usually rides two or three horses a day. She believes that horse riding works her legs, core and lower back, thus giving almost full body workout.

When it comes to diet, James despises any fad diets. The focus is on eating seasonal produce and to refrain from processes or inorganic produce. 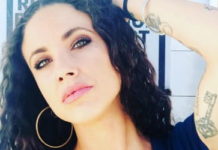 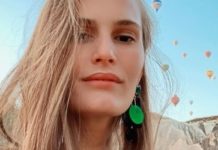