Christie Brinkley is an American model, actress, and entrepreneur who first gained prominence due to her appearances in Sports Illustrated Swimsuit Issues. As a model, she has done work for several popular brands such as Nissan, Noxema, Revlon, Clairol, Diet Coke, Anheuser-Busch, Healthy Choice, Max Factor, Chanel, and has been featured in numerous magazines such as Vogue, Esquire, Harper’s Bazaar, Newsweek, Rolling Stone, Cosmopolitan, and Glamour. Christie has also appeared in a variety of TV shows and films such as National Lampoon’s Vacation, Vegas Vacation, Ugly Betty, The All New Mickey Mouse Club, The Goldbergs, Parks and Recreation, and many more. 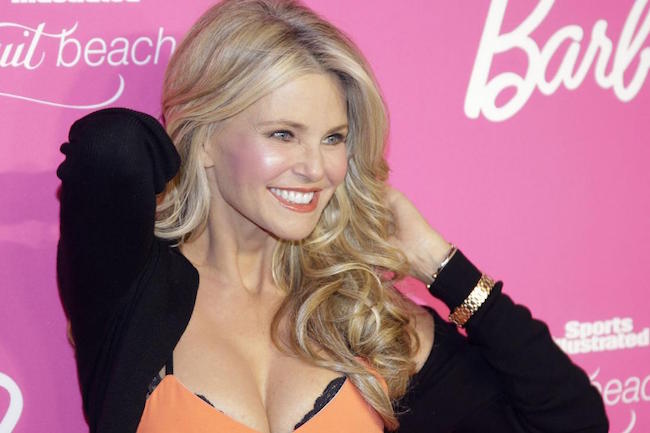 From grades 9 to 12, she attended Le Lycée Français de Los Angeles in Los Angeles, California. She graduated in 1973.

As an actress, she is signed with Artist Brand Alliance.

As a model, she was signed with modeling agencies –

As a model, she has advertised for tons of fashion and non-fashion brands which include CoverGirl, Helena Rubinstein, Barneys, and Spiegel.

She has also served as the spokesperson for Total Gym.

Being the face of CoverGirl for continuous 25 years. In history, it was the longest-running cosmetics contract of any model.

As an actress, she first appeared in the 1983 adventure comedy film National Lampoon’s Vacation for her role as ‘The Girl in the Ferrari.’

As an actress, Christie first appeared in dramedy Ugly Betty for her role as Penelope Graybridge in 2009 in just 1 episode entitled “The Bahamas Triangle.”

She does 100 push-ups daily to remain fit. The beauty spends more time on yoga than cardio and strength training exercises.

She is a vegetarian since her early teen years. See her complete workout routine and diet plan.

Source – Harper’s Bazaar, Into The Gloss