Emmanuelle Chriqui is a Canadian actor, voice actor, and producer who peaked AskMen.com’s “Most Desirable Women of 2010” list. She is known for her television roles like playing Sloan McQuewick in the HBO comedy-drama series Entourage, Lorelei Martins in the CBS drama series The Mentalist, Raphaelle ‘Raffi’ Veracruz in the crime drama series Murder in the First, Cheetara (voice) in the animated series Thundercats, Paige (voice) in the animated science fiction series Tron: Uprising, Dr. Lila Kyle in the thriller series The Passage, and Lana Lang, Lana-Rho in the superhero drama series Superman & Lois. Emmanuelle has also been cast in a variety of movies such as National Lampoon’s Adam and Eve, The Crow: Wicked Prayer, August, In the Mix, You Don’t Mess with the Zohan, 13, Cadillac Records, Saint John of Las Vegas, Women in Trouble, Girl Walks into a Bar, 5 Days of War, A Short History of Decay, Fort Bliss, The Steps, Alien Abduction: Incident in Lake County, Killing Jesus, The Knight Before Christmas, Die in a Gunfight, Super Troopers 2, Harrison Bergeron, and Principal Takes a Holiday.

Emmanuelle Chriqui has been signed with –

Her net worth has been $9 Million according to CelebrityNetWorth.com. 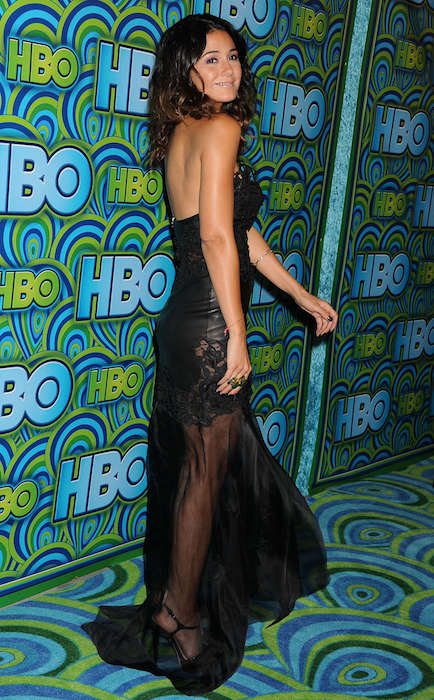 Double-jointed elbows (So, can flip them inside out) 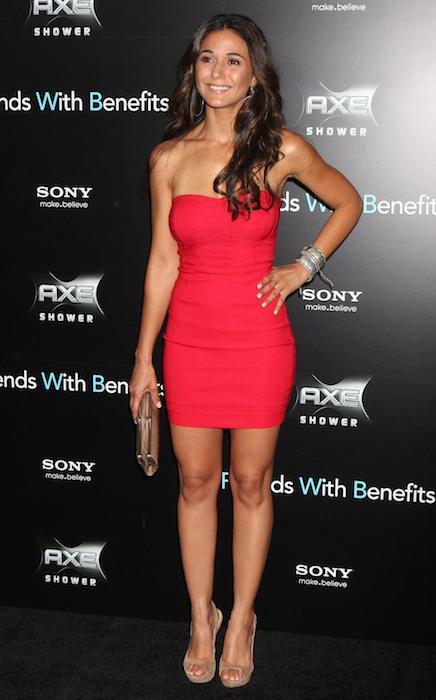 She has appeared in an advertisement for Eclipse gum, Budweiser NBA, McDonald’s, and others.

Playing Sloan McQuewick in HBO’s comedy-drama series Entourage from 2005 to 2011. She was a recurring character and appeared in 31 episodes.

She appeared in the 1995 film The Donor for her role as Patty.

In 1995, Emmanuelle played the role of Bumper in PTEN’s TV show Kung Fu: The Legend Continues in the 4th episode of season 3 titled “The Return of Sing Ling.”

Most of the time, she relies on circuit training and Pilates. But, sometimes, to avoid boredom, she changes her routine and switches to dancing and other intense physical activities. Her fitness trainer, Harley Pasternak is amazing and she finds him great. He never makes her feel bored with the same exercises. She rarely does workout with the same set of exercises (in the case of circuit training), the next day.

She is also a fan of the Los Angeles-based PALETA home food delivery service. She gets the customized healthy food delivered to her home.