Tula Paulinea “Tulisa” Contostavlos is an English singer-songwriter, model and actress. She is also the judge of The X Factor. This 23 years old model was born in London, England and will release her debut solo album in the summer 0f 2012.

Cheryl Ann Cole is an English pop and R&B recording artist, songwriter, dancer, and model. She is called fashionista by the press. Cheryl was a judge of The X Factor in 2008.

Rosie Jones is a English glamour model from Middlesex, England. She has appeared as Page Three girl for The Sun Newspaper and various Men’s Magazine like FHM, Nuts, Loaded and Front.

Katheryn Elizabeth Hudson (27 years old) is an American songwriter, singer and actress. Katy Perry is the only artist to spend over 69 consecutive weeks in the top ten of the Billboard Hot 100. She was named “Artist of the year” in 2011 by MTV.

Megan Denise Fox (26 years old) is an American model and actress. Megan Fox is considered sex symbol and frequently appears in the Men’s magazine including Maxim and FHM.

Keeley Rebecca M. Hazell is an English former Page 3 Girl and glamour model. She is currently 25 years old and was born in London, England. Her mother, Amber, is a dinner lady and her father, Roy, is a window fitter.

Milena “Mila” Kunis is an American actress. She was born in Ukraine but moved to Los Angeles, California. She has gathered popularity by frequently appearing on the magazine like Cosmopolitan, FHM, Maxim, GQ (Gentlemen’s Quarterly).

Emily Jane Atack is a British actress. She is best known for her role as a Charlotte Hinchcliffe in the award winning The Inbetweeners. 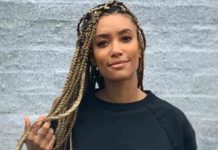 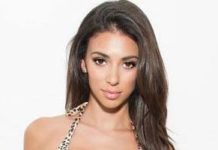 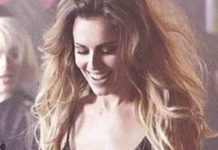