5 ft 7-inch ravishing beauty, Holly Madison gave birth to her first child, daughter Rainbow in March 2013 and within seven months, she achieved back her curvy shape. Out of forty pounds which she gained in pregnancy, she successfully dropped thirty pounds. The blonde beauty credits mainly her diet for her weight loss. Here are some of the diet and workout secrets of the bombshell which bestowed her courage to flaunt her body in tiny bikinis post pregnancy. 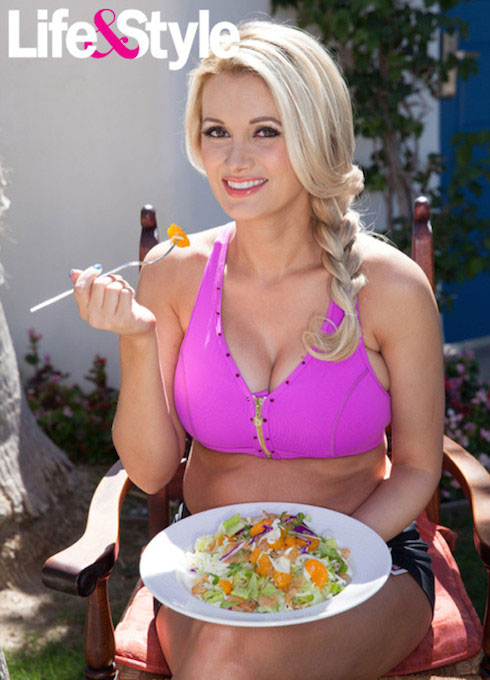 Madison herself admits that she being a big foodie often splurged on unhealthy foods such as chicken fingers, French fries, various desserts etc. In fact, while performing the lead role in Peepshow in 2009, she freely consumed varied kinds of high-calorie foods with the thought that grueling dance session will scorch surplus calories. Her heedless indulgence in sugary foods had her pack up nineteen pounds in eighteen months.

However, during pregnancy, Madison didn’t want to screw her body and the health of her unborn baby with unplanned and unhealthy eating. So, instead of eating like a pig, she trimmed down the portion size of foods. While incorporating Kimberly Snyder’s The Beauty Detox Foods in her diet, the pretty actress consumed tremendous green smoothies to purge toxins.

Madison was not supposed to embark on workouts for minimum six months after the birth of her baby. In such a situation, she had no other means but to submit her to strict and balanced diet to drop the unsolicited baby weight. The junk food addict embraced meal delivery system, eDiets which provided her nutrient-packed pre-packaged foods. While consuming 1000 to 1100 calories in a day, she consumed grilled chicken, berry compote, whole wheat pasta with veggies, mashed potato etc. She also occasionally splurged on sweet foods to beat her cravings.

Madison contends, being a mother transforms the entire world around you. Prior to becoming a mother, desire to acquire skinny body was all over her mind and she anyhow wished to be in lean shape. However, now she prefers health over the skinny body. She eats wholesome foods because she knows whatever she would eat would influence her little daughter. And by eating junk, processed, and fast foods, she indeed cannot jeopardize the health of the little one. Research also shows that children of mothers who are overweight due to unplanned consumption of foods during pregnancy are likely to grow plump by the age of three. So, the well-being of your kids is in your hands. 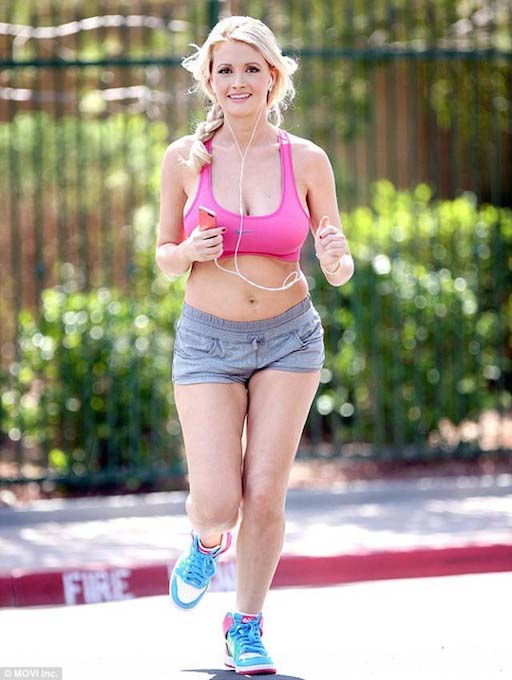 You cannot just blame your pregnancy for your bulked up body. If you sit on the couch and devour unwholesome foods all the while, you indeed cannot expect to stay slim during pregnancy. Madison didn’t wish to turn into a bulky and slothful mother, so she adhered to pregnancy DVDs such as 10 Minute Solution: Prenatal Pilates. Aside from that, she executed numerous other simple exercises such as walking, hiking, yoga during her pregnancy.

After six months were over, Madison incorporated workouts and began running on the treadmill. She also inculcated myriad ab exercises to tone and stretch her stomach which was still left with a baby bump. Diet inevitably can strip off pounds from your body, but exercises shape up and hone your body. The kick-ass beauty also wore a corset to condition and tighten the muscles of her stomach. She wore a corset on daily basis to acquire results faster.

To help numerous other mothers who have a very busy schedule and are perplexed about the kind of diet they shall eat during pregnancy, Madison has come up with customized Holly Madison diet plan. The program collaborated with eDiets has been devised to meet the nutrition and weight loss needs of women all over the globe.

Madison refers to the diet program as a lifestyle plan and it is perfectly suitable for new moms or any other woman looking forward to finding a stress-free way to drop pounds without being deprived. Instead of being low in carb, the diet plan is high in carbs and low in fat. Madison also runs one blog, where she keeps uploading health concerned articles and issues to motivate the dieters to acquire their fitness and weight loss objectives.