Irene Urdangarin y Borbón is a Spanish member of the Royal Family. As of mid-2020, she was the 10th in line to the Spanish throne.

Member of the Royal Family 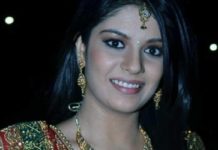