Jessica Chastain is an American actor, producer, and voice artist who made her debut by playing the titular character in the drama film Jolene in 2008, a performance for which she was awarded as the “Best Actress” at the Seattle International Film Festival. She has also gained acclaim with her roles like Celia Foote in the period drama film The Help, Maya in the thriller film Zero Dark Thirty, Eleanor Rigby in the drama film The Disappearance of Eleanor Rigby, Antonina Żabińska in the war drama film The Zookeeper’s Wife, Caroline Weldon in the biographical drama Western film Woman Walks Ahead, Beverly Marsh in the supernatural horror film It Chapter Two, Elizabeth Sloane in the political thriller film Miss Sloane, Murphy “Murph” Cooper in the epic sci-fi film Interstellar, Mrs. O’Brien in the epic experimental drama film The Tree of Life, Melissa Lewis in the science fiction film The Martian, Molly Bloom in the biographical crime drama film Molly’s Game, and Anna Morales in the crime drama film A Most Violent Year. Moreover, she has received various accolades for her work which include a Golden Globe Award and nominations for two Academy Awards.

Chastain attended and graduated from El Camino High School in Sacramento in 1995. Later, she enrolled herself in Sacramento City College. From 1996 to 1997, she served as a member of the debate team in the college. Afterward, she got a scholarship from Robin Williams (stand-up comedian, actor, and voice actor), which made it possible to attend the Juilliard School, New York City from 1999 until 2003. She graduated from it with a Bachelor of Fine Arts (B.F.A.) degree in 2003. Chastain attended Juilliard School as a member of the Drama Division’s Group 32.

Jessica is no longer in contact with her half-sisters, who are estranged from Jessica Chastain.

Jessica Chastain has been signed with –

According to CelebrityNetWorth.com, her net worth had been $50 Million.

Jessica Chastain is of French, Dutch, English, Scots-Irish/Northern Irish, Scottish, Welsh, and Irish descent on her mother’s side and likely has Basque, Castilian/Spanish, Greek, English, and German roots on her father’s side. 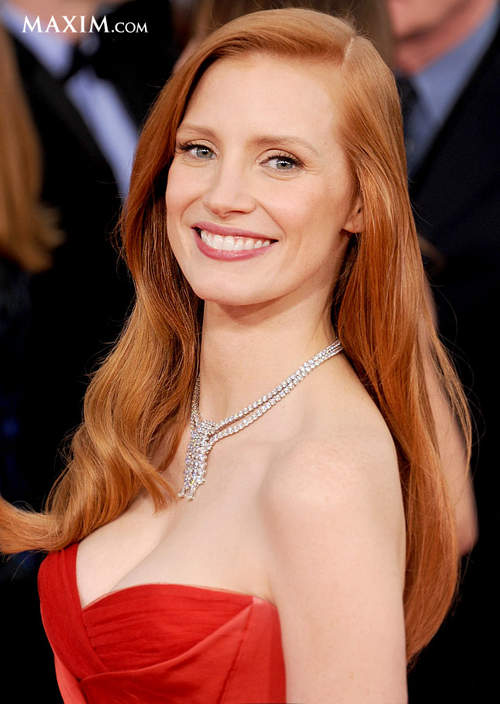 She became the face of Yves Saint Laurent’s new women’s fragrance, Manifesto in 2012. She used this spicy Opium perfume at 12 when an aunt gave her a half-used bottle of the scent.

In 2012, she played the role of Catherine Sloper in the play titled “The Heiress”, organized in Walter Kerr Theatre. The Heiress is a 1947 play by American playwrights Ruth and Augustus Goetz adapted from the 1880 Henry James novel, Washington Square.

2008 American drama film, Jolene. She is in the titular character, which means, she had acted in the movie for her role as Jolene.

She appeared in an American medical drama television series, ER for her role as Dahlia Taslitz in 2004. She acted in just a single episode titled “Forgive and Forget”.

She is a vegan and is following a vegetarian diet for many years. She prefers to eat vegan ice cream and has a strict well-calculated diet. Regarding workouts, she follows yoga. Read more about her fitness schedule and dieting habits.

“In the press, I like to be known for my work and not for whom I’m dating or what my favorite ice cream is.”

“I will never say my age because I’m an actress, and I want to play different ages.” 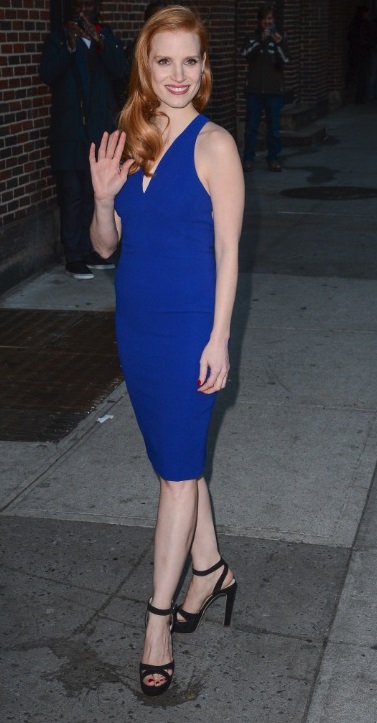