John Cena is an American professional wrestler, actor, and television presenter who is considered one of the most influential professional wrestlers of all time and has at least been a 5-time United States Champion, 4-time world tag team champion, and a 16-time world champion. However, despite his character work and promotion skills, he has been criticized for his supposed over-representation and victories over rising stars, which are deemed “burials”. In addition to that, John Cena has been cast in various shows and movies such as Trainwreck, The Marine, 12 Rounds, Bumblebee, The Flintstones & WWE: Stone Age SmackDown!, Playing with Fire, Fred: The Movie, Dolittle, Rise of the Teenage Mutant Ninja Turtles, Total Bellas, Tour de Pharmacy, Are You Smarter than a 5th Grader?, Parks and Recreation, Hannah Montana, and True Jackson, VP. He is also known for having worked extensively with Make-A-Wish Foundation.

Prototype, Dr. of Thuganomics, The Franchise, The Marine, The Champ, The Chain Gang Soldier, Super Cena, The Face of the WWE, The Face That Runs The Place 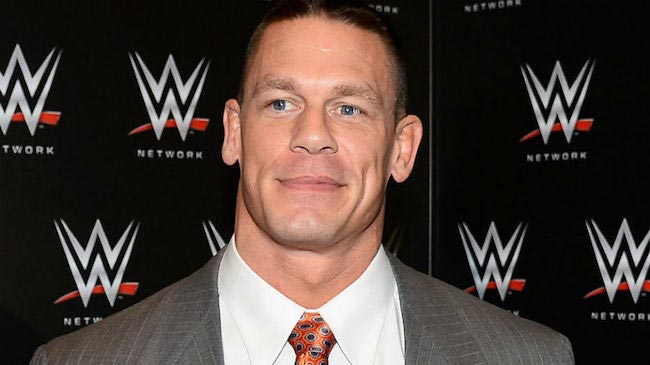 He further attended Springfield College in Springfield, Massachusetts to receive a degree in exercise physiology in 1998.

Kenny Bolin is his manager at WWE.

He has released his musical contributions by WWE and Columbia Records.

John has Italian ancestry on his dad’s side while he is of English and French-Canadian descent on his mom’s side.

John has appeared in lots of television commercials such as –

He has also been seen in a commercial for Gold’s Gym, energy drink YJ Stinger, etc.

In 2021, he appeared in Mountain Dew’s Super Bowl commercial.

Working with WWE since November 1999.

He made his wrestling debut on November 5, 1999. He started training himself at Ultimate Pro Wrestling’s Ultimate University in 1999 until March 2001.

He released his debut album You Can’t See Me along with his cousin Tha Trademarc. The album also contains his entrance song “The Time is Now.”

John appeared in the comedy film Ready to Rumble for his minor role as a gym trainer. It was an uncredited cameo.

When he was starting in professional wrestling, he was training himself at Ohio Valley Wrestling, and Ultimate Pro Wrestling’s university.

John can squat more than 700 pounds.

You may want to check out his complete workout routine and diet plan.