Josh Henderson started his career with the reality show, Popstars 2. After winning the show, he was made a member of the pop group, Scene 23. But, what was supposed to be a launch of his career turned out to be a disappointing failure as the record label couldn’t properly record and promote their album. However, he put that disappointment behind him and dived straight into acting and earned popularity with the TV show, Desperate Housewives. He then went on to flaunt his acting skills in the highly acclaimed soap opera, Dallas.

Josh Henderson went to the Memorial High School in Tulsa, Oklahoma from where he graduated in 2000.

He has English and Scottish ancestry.

He has often been seen with blonde highlights.

As he suffers from heterochromia, his both eyes are of different colors. His right eye is blue and the left one is green.

Josh Henderson has appeared in a series of TV commercials for Skechers 4-Wheeler skate shoes.

In 2001, his pop group Scene 23 released their debut and the only album, Music From The Show Popstars 2: Introducing Scene 23. However, the group could only record 7 tracks as the record label went bankrupt and had to bring in other music artists to perform covers to fill the album.

In 2004, he made his theatrical film debut in the comedy movie, The Girl Next Door.

Josh Henderson regularly works out in the gym to keep himself in the perfect shape. Apart from lifting weights in the gym, he also maintains a very active lifestyle. He likes hiking and running. To take his running workouts to the next level, he goes for hill running and the canyons surrounding Los Angeles provide him with a perfect opportunity for that.

If he has to perform some shirtless scenes, Josh performs a series of pushups to pump his muscles up and in case he needs some more pump, he prefers to lift some light weights. 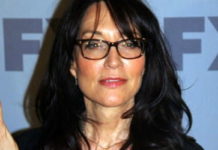