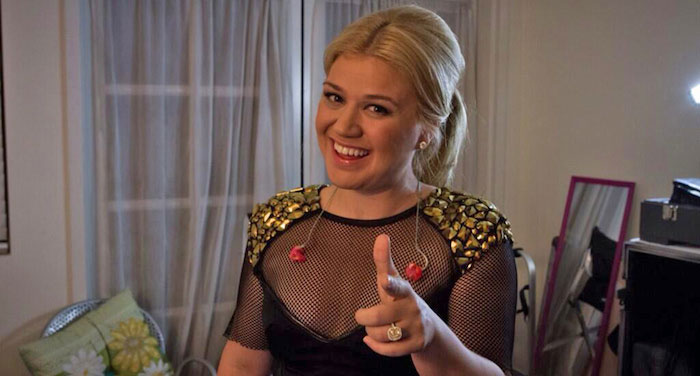 Two times Grammy winner, Kelly Clarkson caused uproar after winning American Idol in 2002. And ever since, the star is in news for both her beautiful voice and her radically fluctuating weight. She is the one who appears in varied body shapes every time she comes in public.

Kelly first lost 30 pounds after winning the most talked about singing competition. Then she again dazzled everyone with her sleek and curvy body in 2013, when she shed 18 pounds. Kelly, in fact, has set an inspiring example in front of all those women who feel frustrated with their unstable weight.

Though the gorgeous lady appeared in diverse weights, one thing still remained the same and that was her confidence. Irrespective of her weight, she could always be seen in high spirit, which probably is something her fans love about her.

Although Kelly Clarkson switched to workouts to melt extra pounds, but she believes that an agile life schedule specifically is more significant as well as effective in maintaining fit and healthy body.

Kelly recalls the time when she was free from work and had all the free time of the world. She not only gained so many extra pounds but also became sluggish during that time. She considers busy schedule the most imperative key to weight loss.

Aside from that, there were also times when she spent one to two hours in the gym for practicing the workouts. She accentuates strength training such as weightlifting. Being a very powerful workout, it tones your muscles and sculpts your body parts. 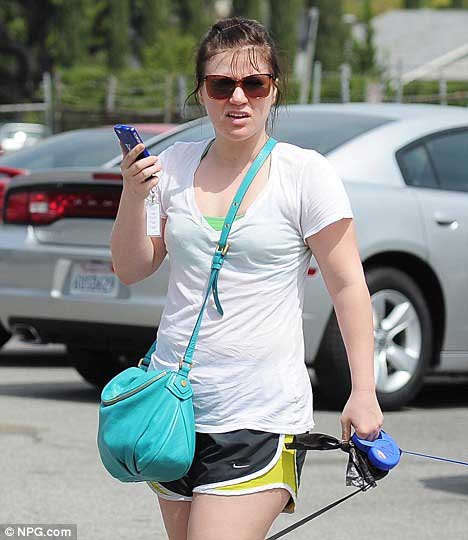 Hiking and playing golf are her all-time favorite. These activities make her feel more confident and refreshed.

Kelly had heard a lot about yoga and its astounding holistic benefits. She, in fact, tried it once, but she altogether confesses her failure to make all those difficult postures, yoga requires you to make. Though she could not make yoga a part of her workout regime but she still acknowledges it and suggests her fans to practice yoga.

Yoga which creates an alliance between your body and mind ensures the optimum well-being of both your body and mind. There are several postures in yoga which you can practice to attain diverse benefits. Without requiring hitting gyms, you can simply practice them at home. All you need is just a mat and a peaceful environment.

Yoga swiftly burns calories from your body, brings glow on your face, builds up your strength and flexibility. 30 minutes of yoga in a day for 5 days in a week can do all those wonders which strenuous workouts are unable to do.

Kelly treats flab as an alarming signal which alerts her and makes her become conscious about her diet. She abides by healthy diet regime which is comprised of plenty of nutritious and healthy foods such as fruits, vegetables, proteins, fish etc.

She relies more on a balanced diet and inculcates carb, protein, and healthy fat in her diet regime in proportionate amounts. According to Kelly, diet alone cannot help you in shedding pounds; you also need to adhere to a healthy lifestyle. Considering late night eating an unhealthy habit, Kelly avoids eating late at nights.

Besides that, the brunette uses the principle of portion control in foods consumed by her. Without bothering much about the quality of foods, she eats everything she likes in moderation. Eating in moderation immensely assists her in keeping a check on her cravings.

Kelly Clarkson has been an overweight a couple of times, that’s the reason she comprehends the problems of overweight people. She knows how tough it might get at times to attain slender body shape. Here are some facts and secrets which assisted Kelly in dropping pounds from her body.

You all have seen great transitions taking place in Kelly’s body weight. However, only a few of you know that every time she appeared in slimmer shape, she had well defined goal inspiring her to lose weight. In 2013 when she dropped eighteen pounds, she wished to look the most gorgeous bride.

Should you also wish to shed pounds, you shall motivate you by setting a realistic goal for you. You don’t necessarily have to have big goals. You can arrange small social gatherings a couple of times in a year, or you can vow to astound your friends with your svelte body.

One of the biggest reasons which made Kelly drop weight is her happiness. She considers love as the most beautiful feeling in the world. She contends, when you are in love with someone, you actually begin loving you more than ever, which gives you an amazing confidence and energy.

Happiness indeed gets reflected on your face and body. Just like all other habits, happiness too is a habit, and the beauty of this habit is, once you learn how to be blissful, no force in the world can depress you.

You can use ecstasy as a stepping stone to attaining the desired body. For getting happy, do the things which provide you eternal peace. For example, help others, feed poor people, donate clothes, money etc. The owner of a beautiful soul can never look shabby.

Your lifestyle greatly affects your body and skin. Follow a healthy lifestyle and make a commitment to you that you will always take care of your body. Mostly, we try to please our friends and relatives, but we seldom think of flattering ourselves.

Kelly Clarkson Weight Loss Secret is Out: It’s a Book

Kelly Clarkson lost an amazing 37 pounds, and in 2018, she revealed the secret that helped her look amazing. Have a look at it right here.

The secret behind Kelly’s success is a book known as The Plant Paradox (2017) which tells people to cook the food in the right manner and stick to the meals that are organic, non-GMO and contain no pesticides. This book by Dr. Steven Gundry, a cardiac surgeon claims that specific foods like fruits and vegetables contain lectins that can lead to inflammation, weight gain, brain fog and leaky gut syndrome among others. If you consume foods that don’t contain lectins like fish and broccoli, you can stay away from the side effects.

This diet philosophy worked for the singer as it helped her to get rid of thyroid related symptoms. When she reduced her intake of gluten, she started feeling better. She admits that she is not on medications for this health condition anymore.

The diva got such great results because she avoided high fat, processed and high sugar options. She also soaked and cooked legumes and whole grains that contained lectins to ensure that the lectin levels were low and safe.

The American singer says that the book helped her so much that she has succeeded in staying fit without the need to do any workouts. She is not hitting the gym and not playing any sport either.

This new fitness confidence is a must for the star who struggled with weight-related humiliation in the past. Opening up about the incident, Clarkson says that she was so unhappy when she was at her skinniest that she even considered ending her life.

The American Idol (2002-Present) winner says that for the 4 years after winning the reality show, she tried to stay slim because she was pressured by body image expectations. To stay slim, she used to run a lot and hit the gym a lot too.

It harmed her body because she ended up wrecking her knees and feet. It damaged her from inside and out, and she felt miserable most of the time. She was asked to compete with pop peers Britney Spears and Christina Aguilera which is not healthy at all.

Thankfully, Kelly is out of that phase and now finds herself healthy and happy.