Post that, she went to Rogers School of Dance and Studio 19 Dance Complex of Chloe Lukasiak.

Being a fabulous dancer and for appearing in reality dancing series Dance Moms.

Though, she had already contributed supporting vocals in the song “Freaks Like Me” by Todrick Hall (ft. the cast of Dance Moms) in 2014.

In 2012, she debuted with Lifetime’s reality dancing show Dance Moms as a contestant. It was season 2’s very first episode.

She being a dancer, her best way to stay in shape is lots of dance practice. It’s a good cardio exercise and intense dance sessions burn a lot of fat.

A dancer’s diet is equally important. 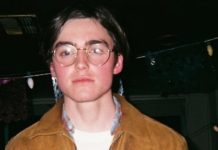