Kerry Washington is an American actress, producer, and director who is best known for portraying roles such as Olivia Pope in Scandal, Mia Warren in Little Fires Everywhere, Anita Hill in Confirmation, Della Bea Robinson in Ray, Broomhilda von Shaft in Django Unchained, Alicia Masters in Fantastic Four, and Kay in The Last King of Scotland. She has also appeared in a variety of other TV shows and films such as The Dead Girl, Mother and Child, American Son, Our Song, Night Catches Us, The School for Good and Evil, The Prom, NYPD Blue, Boston Legal, The Guardian, Law & Order, How to Get Away with Murder, and many more. Her theatre credits include plays like American Son and Race. For her acting skills, Kerry has been honored with numerous awards such as the NAACP Image Award and Primetime Emmy Award. 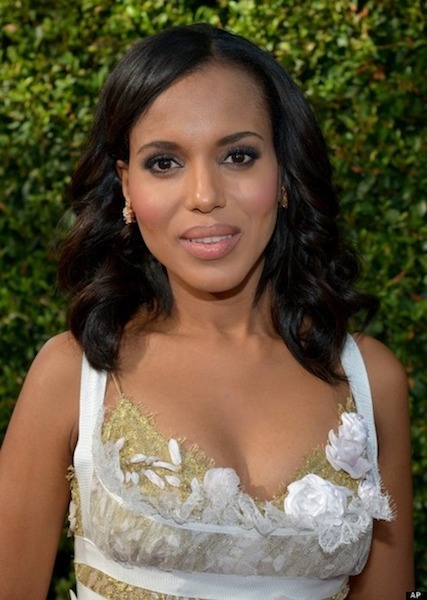 She graduated from Spence School in Manhattan in 1994. Later, Kerry double majored in anthropology and sociology from The George Washington University in Washington, D.C. in 1998 with a Phi Beta Kappa (an honor).

Kerry was also shortlisted to be accepted into Yale University and Dartmouth College. But, she denied both of them. 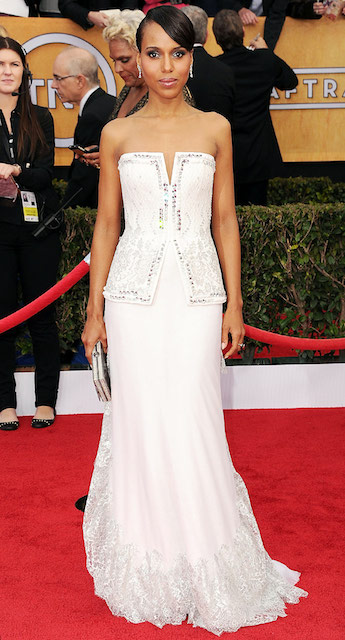 She is the brand ambassador and creative consultant of the beauty brand.

In 2016, supported (or endorsed) Hillary Clinton during the 2016 Presidential Elections and appeared in a commercial alongside Ellen Pompeo, Viola Davis, and Shonda Rhimes.

Washington is probably a Christian.

She debuted with the 2000 drama film Our Song in which she played Lanisha Brown.

In 1994, Kerry guest appeared in the anthology series ABC Afterschool Special for her role as Heather in an episode titled “Magical Make-Over”.

She is a huge Pilates devotee and has trained herself with the help of Nonna Gleyzer, the former member of Ukraine’s rhythmic gymnastics team for many years.

Nonna always encourages his clients to listen to the body as one is the best doctor of his own body. Kerry does Pilates with Nonna for 60 minutes per session and three to four times a week. One of the reasons, Kerry loves Pilates is this kind of exercise does not put pressure on her joints. She was a bit worried about her joints a couple of years back when she used to work with a different trainer as at that time, she had some jerk (or problem) around the neck and shoulder area.

Nonna works on her calves especially to increase Kerry’s confidence, when she is moving around in high heels.