Kevin Pollak is an American actor, impressionist, and comedian who is known for his roles in Willow, The Whole Nine Yards, Entourage, The Simpsons, The Comedy Central Roast, The Wedding Planner, Blizzard, Hostage, and The Marvelous Mrs. Maisel. Kevin is notoriously famous for impersonating Christopher Walken, Robert De Niro, Jack Nicholson, Peter Falk, Alan Arkin, and William Shatner. He has a huge social media fan base with more than 500k followers on Twitter.

Kevin Pollak is represented by –

In 1987, he made his theatrical debut in the comedy-mystery film Million Dollar Mystery as Officer Quinn.

In 1983, he made his theatrical film debut as a voice actor in the historical drama film The Right Stuff as the voice of Dwight D. Eisenhower. However, he was uncredited for his role.

In 2017, he made his credited feature film debut by lending his voice for the character of Cru in the thriller drama film Axis.

In 1987, he made his first TV show appearance on the drama series Thirtysomething.

In 1995, he made his TV show debut as a voice actor in the comedy-drama series The Drew Carey Show as Mr. Bell. However, it wasn’t until later in 1996 that he received credit for his role in the same drama series. 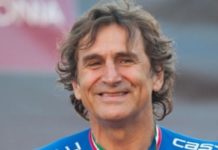