Kirstie Maldonado is an American singer known for being a member of a cappella group called Pentatonix. She has done endorsement work popular brands like Macy’s and Amazon. Kirstie has a self-titled YouTube channel with more than 100k subscribers. She has a huge social media fan base with more than 1 million followers on Instagram and more than 500k followers on Twitter.

Kirstie Maldonado went to the Holy Rosary Catholic School. She later got enrolled at the Martin High School and graduated in 2010. She then got enrolled at The University of Oklahoma. However, she dropped out of the university to form Pentatonix. At the university, she was a Musical Theatre Performance major.

As a member of Pentatonix, Kirstie Maldonado has appeared in a Back to School campaign for Macy’s.

They have also appeared in TV commercials for Amazon and Fiat.

In 2015, Kirstie made her theatrical film debut in the musical comedy movie, Pitch Perfect 2, which had Hailee Steinfeld, Anna Kendrick, and Rebel Wilson in the lead roles. 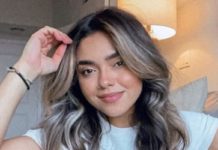 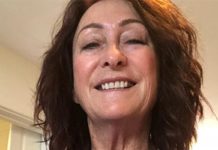