Lyndsy Fonseca is an American actor whose career began by playing Colleen Carlton in the CBS soap opera The Young and the Restless in 2001. She then went on to play several television roles including Penny Mosby in the CBS sitcom How I Met Your Mother, Angie Martinelli in the ABC series Marvel’s Agent Carter, Dylan Mayfair in the mystery comedy-drama series Desperate Housewives, Donna in the HBO drama series Big Love, Alex Udinov in The CW action-thriller drama series Nikita, and Jenn Cardell in the drama series Boston Public. Moreover, her film credits include playing Katie Deauxma in Kick-Ass and Kick-Ass 2, Danielle in the adventure comedy-drama film Moments of Clarity, Dawn in the drama film Remember the Daze, Jenny in the sci-fi comedy film Hot Tub Time Machine, Natalie in the romantic comedy-drama film The Escort, and Iris in the supernatural psychological horror film The Ward.

According to CelebrityNetWorth.com, her net worth had been $2 Million.

She has Portuguese ancestry. Her dad is full Portuguese while her mom is half Portuguese.

She has appeared in television commercials of Radio Shack, Bayer, Kinder Milch Minis, and Cap’n Crunch.

She appeared in the 2005 TV movie I Do, They Don’t for her role as Sandy Barber.

Playing Colleen Carlton in CBS’s soap opera The Young and the Restless from 2001 to 2005.

Pilates is her favorite exercise to stay in shape. But, she also goes to the gym and does cardio like running.

She likes to have big leafy salads. She had them on the set of Nikita and used to share photographs of the same. 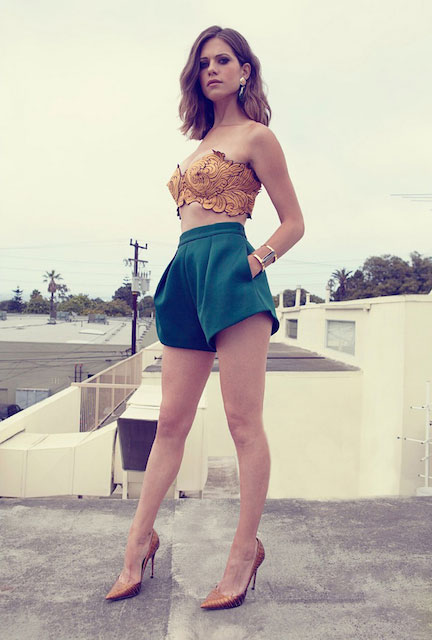