Martin Freeman is an English actor who is best known for portraying roles such as Tim Canterbury in The Office, Bilbo Baggins in The Hobbit film trilogy, Dr. John Watson in Sherlock, and Lester Nygaard in Fargo. He has also appeared in a variety of other TV shows and films such as Love Actually, Shaun of the Dead, The Hitchhiker’s Guide to the Galaxy, The Good Night, Nightwatching, What’s Your Number?, The World’s End, The Voorman Problem, Captain America: Civil War, A Christmas Carol, Black Panther, Casualty, The Robinsons, Hardware, Boy Meets Girl, StartUp, Breeders, and many more. For his acting skills, he has been honored with numerous awards such as the Washington DC Area Film Critics Association Award, Stella Award, Screen Actors Guild Award, and the Primetime Emmy Award. 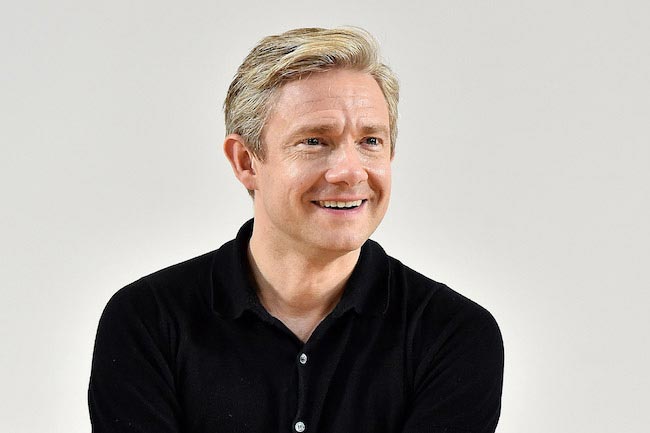 Martin is repped by these agencies –

In 2004, he did a voiceover for the Vauxhall Motors commercial.

He has also been seen in commercials for Marks & Spencer department stores, super noodles, Heineken, etc.

Martin is also known for playing Tim Canterbury in the BBC’s mockumentary sitcom series The Office from 2001 to 2003, and as Dr. John Watson in the BBC’s crime drama series Sherlock.

In 1998, Martin was seen in the short film I Just Want to Kiss You for his role as Frank.

In 1997, Martin played the role as Craig Parnell in the ITV’s police procedural series The Bill in just one episode.

Martin is a vegetarian. In December 2012, during the premiere of The Hobbit, he showed us his slim trim body. Though, it is not known what exercise methods and diet changes he employed to shed weight.