Michael Cera is a Canadian actor, producer, singer, songwriter, and musician best known for portraying the character of George Michael Bluth on the sitcom Arrested Development, Evan in Superbad, and Scott Pilgrim in Scott Pilgrim vs. the World. As a singer, he released his debut album titled True That in August 2014.

Michael divides his time between Los Angeles and Brampton.

Michael has appeared in the commercials of brands like –

Michael’s first studio album was True That which released on August 8, 2014. The album was released via Bandcamp.

He made his theatrical film debut in Steal This Movie in 2000.

Michael made his first TV show appearance in My Best Friend Is an Alien as Larrabe Hicks in July 1999.

As per an article in 2010, Michael, while preparing for the film Scott Pilgrim vs. the World, got his training from Jackie Chan’s fight school. The workout routine included 2 hours of fitness training exercise at 8 in the morning with a fight instructor, Pilates exercise, and a lot of push-up exercises.

Michael also plays tennis in his spare time. In fact, he is a member of The Interstate 5 Tennis Association. 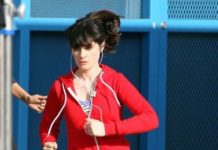 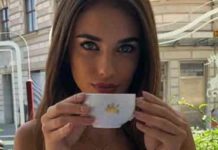