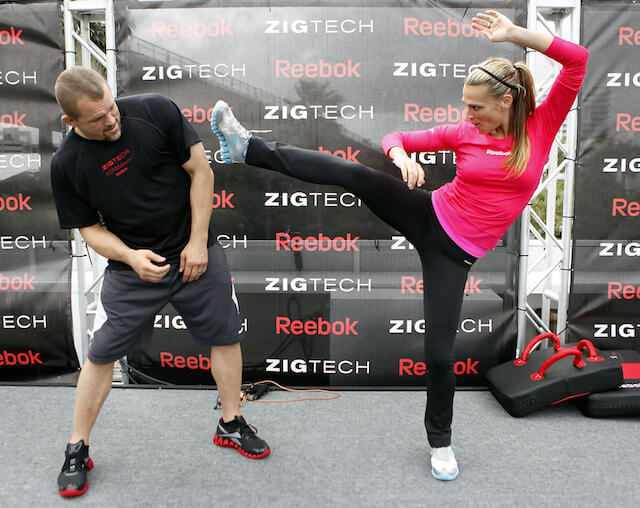 Molly Sims, the popular model and actress is really happy these days. Reason? She’s bonding well with her second child, Scarlett May Stuber, who was born on March 26, 2015. Despite sharing her happiness on being a new mom, she is also a little bit nervous on losing her baby weight second time around. She showed remarkable success the first time, when she gave birth to Brooks Alan Stuber on June 19, 2012. She has started to look gorgeous again, which is usually not expected from a new mom, who had given birth a few weeks back. So, how is she managing the challenge of losing baby weight this time?

On Being the New Momma

Well, the answers are sought by E Online. It reported that Molly is trying to shed off the unwanted weight by multitasking and breastfeeding.

When asked about how she is feeling, the smoking hot model said that the experience of having Scarlett was magical. Though, Sims had to work a bit hard during the birthing process and was exhausted, but she says it was worth it. Molly claims that she is blessed and had fun too.

The star actress has admitted that she is facing a bit of difficulty in managing two kids and her work at the same time, but she loves being the “Super-mama” in order to stay close with her kids.

Previously, while talking to US Magazine, the versatile actress had confessed that she would be taking the help of shapewear to escalate her slimming efforts after her second pregnancy. She would be wearing a pair of Spanx, 9 hours everyday and that too for three months as it will help her to get a slim stomach. The hot model admitted that it’s painful, but it keeps her tight so it’s worth it.

The Journey of the 2nd Pregnancy

The famous celebrity has accepted that the second pregnancy experience was very much different from the first one. When she was pregnant with Brooks, she used to feel ill in the evenings (after 4 pm) for the initial three months. But with Scarlett, she felt hungover all the time and used to sleep a lot.

The stunning actress believed in being more cautious this time. She went in for regular blood tests and ultrasounds to ensure that everything was fine. She also waited 14 weeks before telling anyone about the pregnancy.

In another interview given to Instyle.com, the supermodel spilled beans on maintaining the desired fitness level, while being pregnant. She admits that balance is necessary for remaining healthy. The renowned model balanced her diet by eating loads of protein and vegetables, and at the same time, indulging in her cravings too.

Molly also controlled her cravings somewhat. For example: When she wanted to eat sugar, she opted for fruits rather than candies. She also indulged in chocolate, but made sure it was dark chocolate as it’s a healthier option.

Sims suggested that the expectant mothers should always drink water with a straw, follow the three-bite rule while enjoying any junk food and avoid eating double at nighttime. If you need to travel while you are pregnant, you should remember to pack gluten-free crackers, almonds, and jicama as it would take care of your hunger pangs.

Like most of the wise expectant mothers, this amazing model also believed in exercising during pregnancy. She preferred doing Pilates, Tracy Anderson method and SoulCycle. She admits that sometimes she didn’t feel like exercising, but she tried her best not to cancel her workout as it would disturb her workout schedule. Her suggestion to her fans is that one should never stop exercising, no matter how tired you feel as it will help you to become strong physically and mentally. The famous model also stays away from sports drinks or smoothies as they are full of unwanted calories.

Molly believes that everyone can pretend to be a model by believing in themselves. She urges everyone to take care of themselves and set realistic goals. Be the best version of yourself and be proud of it.

To know more about the fitness secrets of Molly Sims, do check out this link.