Sienna Mae Gomez is an American social media star and content creator who is known for the dance and inspirational videos that she uploads to her TikTok account titled siennamae.

Sienna is represented by ICM Partners.

Through her social media, she has either endorsed or promoted various brands including
Blackbough Swim. 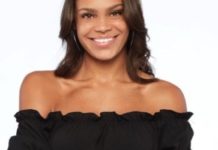