She divides her time among –

Jasmine Tookes is signed to these modeling agencies – 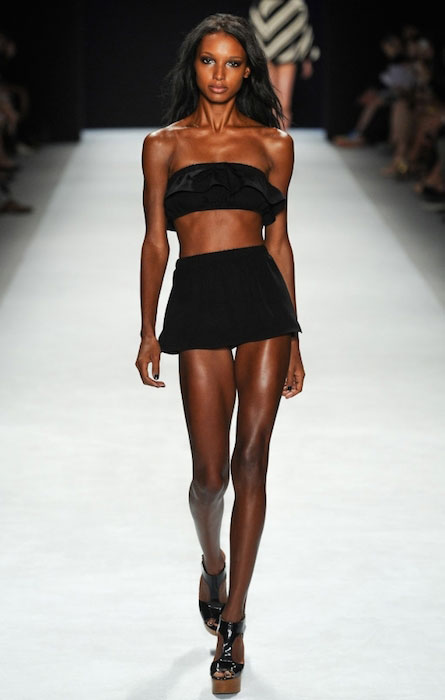 Jasmine debuted with Ready to Wear – Spring / Summer 2009 fashion week where she walked the ramp for Lauren Conrad, and Tulle & Cloth Logic.

She does yoga regularly to remain fit and this is her favorite exercise as well.

Being a model, she eats a lot. She is a foodie. Jasmine has a fast metabolism, so she does not gain weight even after eating so much.