Six Superfoods That Will Help You Lose Weight 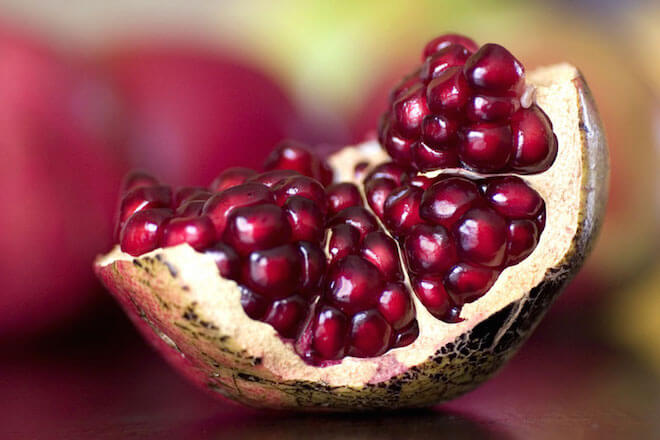 The importance of food in maintaining a healthy lifestyle can’t be stressed enough. For most of the people, food is just there to sate the hunger and to indulge in occasional cravings. Therefore, they fail to understand how elemental food is in shaping their life. Eating right kind of food items would keep you healthy and fit. Whereas, regular gorging on unhealthy food items could lead to health problems and obesity.

And, in this age, when so many different food items are available and new dishes are being created every day, it becomes bit confusing and challenging to decide what would be best suited for your health. Then, there is a case of information oversaturation. Don’t get me wrong here. Information is very important as it can guide you in making the right decisions. However, the problem is that there is too much information being flung around to get the right idea. And, sometimes the information isn’t based on facts, which means you end up believing something completely illogical. For example, all fats are bad myth.

However, the six superfoods to be listed in this article have firm backing of the scientific facts and logical thinking. Incorporate these superfoods in your diet and lose weight in the healthiest way possible.

You don’t have to completely give up on meat to lose weight. If you do so, then you would be missing out on one of the most important components of a balanced diet. The presence of meat in your diet will help you in fulfilling the energy and protein demands being made by the workout routine. However, you have to ensure that the meat you are consuming is lean. To qualify as lean, the 3-oz serving of the meat should have less than 10 grams of total fat, including fewer than 4.5 grams of saturated fat. And, the extra-lean meat cut must have less than 5 grams of total fat and saturated fat content shouldn’t cross the 2-gram limit. The turkey breast with just 6 grams of total fat per 3-oz is the most popular lean meat. And, you would be surprised to know that some of the beef cuts also fall in the lean category. Eye round roast, sirloin tip side steak, top round and bottom round roasts are the best choices. Each of them provides 4.0 to 4.9 g of total fat and 1.4 to 1.7 g of saturated fat.

The importance of the lean meat in the weight loss is that it will help in building more muscles. And, more muscles mean you will burn more calories as the muscles use calories as an energy source in doing the daily activities. And, never fry your meat. Always grill or boil it. Use vegetables as the side dish. 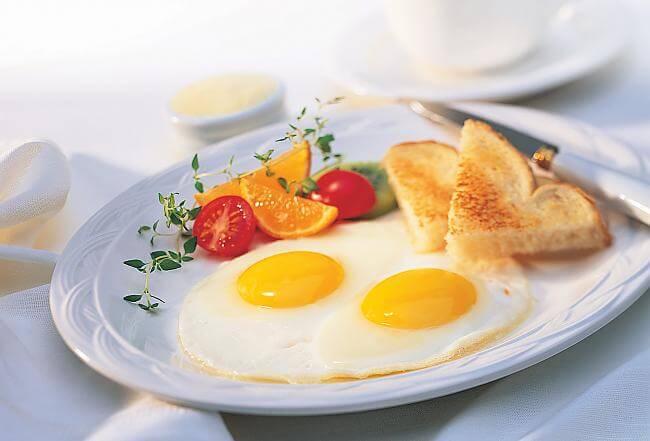 The high protein content of the eggs make them very satisfying breakfast option. Also, the yolk of the egg is one of the most nutrient dense food items, which means your body won’t feel any shortage of necessary nutrients. The fact that eating eggs can help in losing weight has even been backed by researchers from Louisiana State University. The researchers divided obese women into two groups. One group was asked to eat two eggs for breakfast, while the other was instructed to have a bagel as the first meal. It has to be noticed here that both the meals had the same amount of calories and weighed roughly the same amount. The results were analyzed after eight weeks. It was found that those who ate eggs for the breakfast lost more weight. Not only, they lost 65 percent more weight than those who ate bagels for the breakfast, but they also lost around twice as many inches from their waistline. Also, those who ate eggs for breakfast felt more energetic. Additionally, they felt full for longer period of time.

No food can help you lose weight on its own. However, some foods can help you lower your daily calorie intake and can restrict the fat consumption. And, lentils, which are pea-sized and disk-shaped legumes are one of the best for this particular role. They can prove to be particularly effective in replacing high-calorie food items from your daily diet plan. A single cup of lentils contains about 230 calories, with only 1 gram coming from dietary fat. Another great thing about lentils is that they have 18 grams of protein per cup, which could help in maintaining lean muscles while losing weight. Also, lentils have a high carbohydrate content. Aren’t carbs bad for the weight loss? Not all of them, only the ones made of simple sugars. And, carbs, contained in lentils have just 10 percent of those, which are made up of simple sugars.

The lentils also have another super weight loss component. And, that is dietary fiber. A cup of lentils has around 18 grams of fiber. Also, they have low glycemic index, which means the lentils won’t cause insulin spikes, which cause your body to store fat.

Quinoa is a nutrient-dense seed that can help you in getting pounds off of your frame. Although the quinoa isn’t a low-calorie food, it can still help you to lose weight by promoting satiety, which helps regulate your daily calorie intake. A 1/2-cup of cooked quinoa contains 111 calories, which by no means falls in low category, but is significantly less than other daily consumed food items such as rice. Quinoa keeps you full and satisfied for a long duration due to high protein and fiber content. Also, the protein and fiber satisfy your hunger with lesser calories, which means quinoa is great for those planning to start dieting. A 1/2-cup portion of cooked quinoa provides 2.6 grams of fiber and 4.1 grams of protein. However, using too much of quinoa in your daily diet can lead to weight gain instead of weight loss. So, you need to keep it in moderation.

Chili can spice up your food as well as your weight loss. The researchers have found that chilies can jump start your metabolism and can also help in curbing your hunger. It is a well-known fact that spicy food such as Indian curries make you feel warm, the spicier versions can even make you sweat. This is caused by a chemical called capsaicin, which gives chilies and chili based foods, its characteristic spicy flavor. This chemical stimulates a natural process, in which some of the food we eat at each meal is converted immediately to heat. This process is good news for those looking to lose weight as some of the calories are immediately burned instead of being stored. The research carried out at Canada’s Laval University also suggests that when men and women eat chili-spiked food, they feel less hungry and eat significantly less at subsequent meals. The researchers pointed out that adding chilies to the low-fat food is the best possible way to use the calorie burning effect of capsaicin.

Despite, being so small in size, the pomegranates are surprisingly high in fiber. And, as we all know fiber has tons of benefits in relation to weight loss and dieting. The fiber keeps you full and satisfied, which decreases the possibility of overeating. Also, it activates the friendly bacteria in your gut, which improves the digestion. Also, the pomegranates are loaded with antioxidants that negate the effect of free radicals and removes toxins from your body. The toxins and free radicals could lead to bloating and fat deposition in the body.