Steve Harvey is an American television host, producer, comedian, and actor who is best known for hosting numerous TV shows such as The Steve Harvey Morning Show, Celebrity Family Feud, Family Feud, and Judge Steve Harvey. He has also appeared in a variety of other TV shows and films such as The Fighting Temptations, The Original Kings of Comedy, Racing Stripes, You Got Served, Think Like a Man, Steve on Watch, Little Big Shots, Praise the Lord, The Parkers, The Proud Family, and many more. During the course of his career, Steve has been honored with numerous awards such as the Daytime Emmy Award, NAACP Image Award, and Marconi Award. 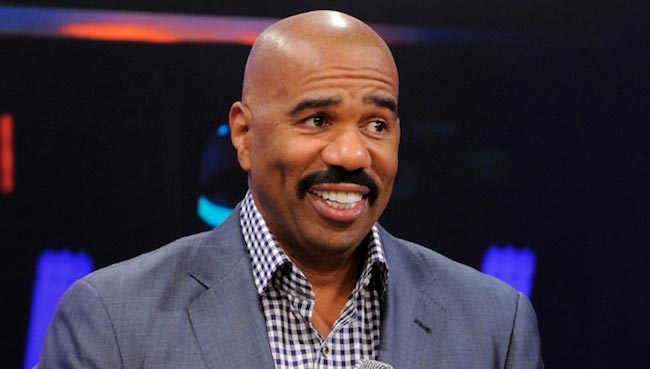 In 1974, he graduated from Glenville High School in Glenville, Cleveland, Ohio.

In 2000, he appeared in commercials for Burger King, then in 2014, he was seen in Strayer University commercials, his won website Delightful.com commercial.

He has endorsed BlackPeopleMeet.com, Glory Foods, Green Dot, and many others.

Showing his witty nature and comedies on The Steve Harvey Show, Family Feud and many others.

Steve debuted with the 2000 stand-up comedy film The Original Kings of Comedy as himself.

From 1993 to 2000, Harvey was seen in the syndicated music television show Showtime at the Apollo as himself / host.

Steve, the self-proclaimed King of Comedy started intense exercising when he made his book, fitness DVD and website called “50 and Fly” at the age of 51 with the help of his trainer, Lee Haney who has won the title of Mr. Olympia for more than half-a-dozen times.

Here on YouTube, you can have a look at Steve’s early morning rope workout with Lee.

He does not seem to be active in exercising anymore. 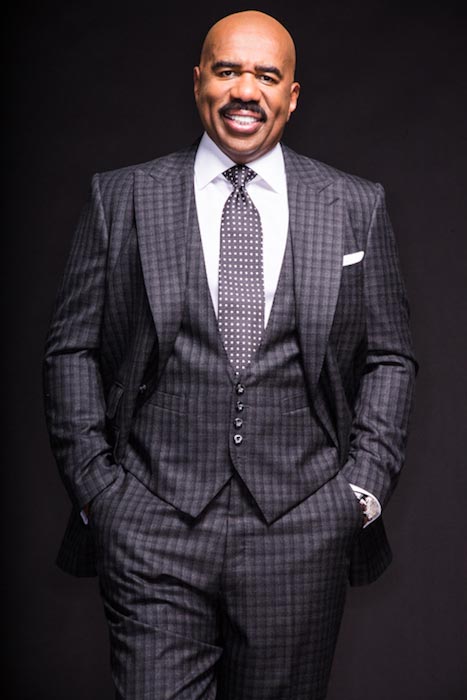