Sudha Chandran is an Indian actress and an accomplished dancer who has worked in numerous films and TV shows across languages like Telugu, Malayalam, Tamil, Hindi, Kannada, Bengali, and Marathi. In May 1981, she met with a severe road accident, while on her way to a temple pilgrimage, which led to her right leg being amputated and fitted with a prosthetic Jaipur Foot. Despite the obvious discomfort, she returned to dancing 2 years later and established herself as one of the pre-eminent Bharatanatyam dancers in India. She began her film career with the 1985 Telugu-language film Mayuri which was based on her life. The film’s popularity led to it being dubbed in Tamil and Malayalam and then being remade in Hindi with the title Naache Mayuri, where she again reprised her lead role. She was honored with the ‘Special Jury Award’ at the 1986 National Film Awards for her performance in Mayuri.

After her high school graduation, Sudha earned a Bachelor of Arts degree from Mithibai College of Arts, Chauhan Institute of Science & Amruthben Jivanlal College of Commerce and Economics in Mumbai. She later attained a Master’s degree in Economics.

She is represented by Ayman Entertainment, Mumbai, Maharashtra, India.

She is of Tamil descent. 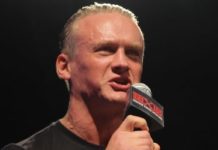