Tommy Hilfiger, the famous American fashion designer. He started the clothing and lifestyle brand “Tommy Hilfiger Corporation” in 1985. He started with selling menswear line and later also started women’s clothing items, perfumes, etc. His company was a public limited company in 1992. But, in 2006, he sold his brand to Apax Partners for $1.6 billion. But, he remained in touch with the company in the form of principal designer for “Tommy Hilfiger Corporation”. His company was re-sold to Phillips-Van Heusen in 2010 for $3 billion.

He was a below average student in school who failed his sophomore year (10th Grade) and had to repeat it. It was diagnosed much later that Tommy was dyslexic.

Since his parents wanted him to pursue a college education, he studied at the Bush Campus in Elmira affiliated to the Great Southern Tier Board of Cooperative Educational Services (GST BOCES) for a brief period.

His father was of Dutch, German and possibly Swiss descent.

His mother was Irish but also had Scottish relatives.

Between Dark Blonde and Brown (Natural)

His hair has now turned gray.

He is a non-religious person now but was raised, Catholic Christian.

Tommy’s father was a Protestant who converted to Catholicism to marry his mother. As a family, they visited the church every Sunday.

Cameo as himself in Ben Stiller and Owen Wilson starrer Zoolander (2001).

1 episode appearance as himself in the MTV show House of Style (Fall Edition) (1995).

Details about his diet and exercise regime are not available. 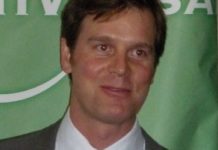 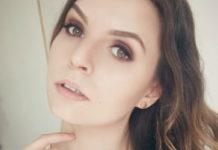