Vanessa Vanjie Mateo is an American drag queen, dancer, reality-TV star, singer, and actress. She made her reality-TV show debut as a contestant on the 10th season of RuPaul‘s Drag Race in 2018 and finished 14th. Due to popular demand, she was brought next year to compete in the 11th season of the same TV show and ended up in 5th place. Vanessa also released her debut single, I’m Vanjie, on June 21, 2018.

Vanessa Vanjie Mateo is represented by –

She often tends to wear blonde or pink-colored wigs.

Vanessa Vanjie Mateo has endorsed brands such as Chips Ahoy! 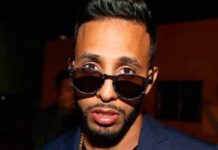