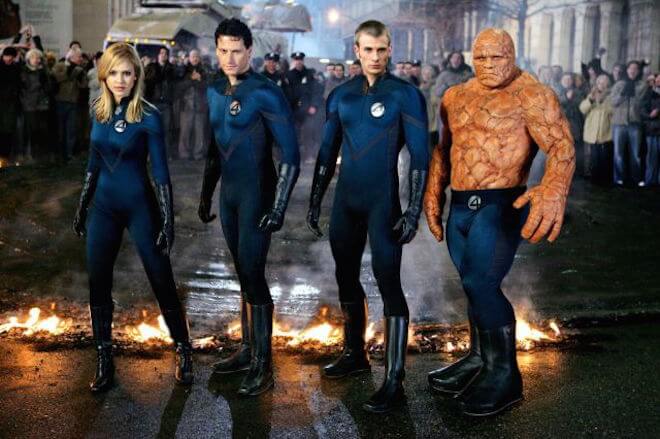 Since 1978, when Richard Donner made ‘Superman,’ the superhero movies have become an important part of Hollywood. And, over the past decade, with the super success of superhero movies set in Marvel Cinematic Universe, the appeal of superhero movies has gone on to a whole new level. However, it doesn’t mean that every superhero movie is great. For every great entertaining superhero movie, there is a torturous and pathetic comic book adaptation. We have ‘The Dark Knight,’ which is regarded as one of the finest comic book based movies in the superhero category, and we also have cringe-worthy ‘Daredevil’ in the same category. Ben Affleck’s movie was even more sinister than Heath Ledger’s Joker.

So, in this article, we will take a look at the worst superhero movies of the bygone decade (plus the year 2005). Only the movies released in or after 2005 are included in this list. So, as of now, Ben Affleck won’t make an appearance in the list. Don’t worry, you are safe for now. 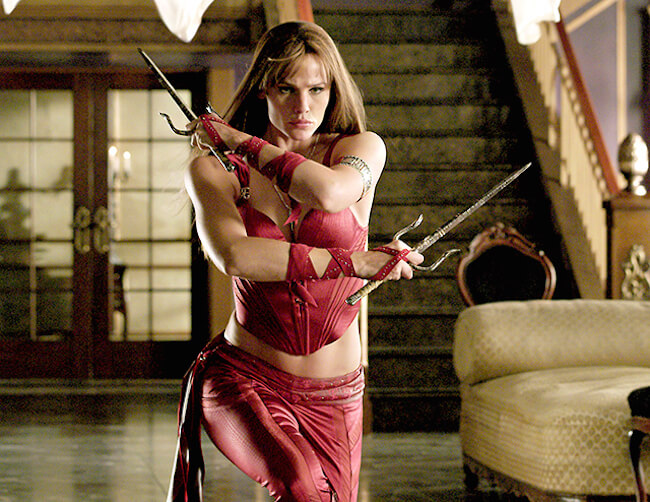 Though Ben Affleck was spared the humiliation of featuring in this list, his ex-wife Jennifer Garner wasn’t so lucky. This 2005 movie was directed by Rob Bowman. However, if they hadn’t bothered to hire a director, it won’t have made any difference. And, the script of the movie was too amateurish to create any kind of interest in the movie. The movie starts with blind martial arts master called Stick (yeah, that was his name) bringing Elektra Natchios (Jennifer Garner) back from the dead. Then, Stick trains Elektra in Kimagure, an ancient martial arts discipline that provides its practitioners with precognition as well as the ability to resurrect the dead. But, poor Elektra can’t control her rage and as a result is given a kick by stick. She decides to use her training to become an assassin. However, she develops a unique bond with a girl she had been ordered to kill. Also, she falls in love with her father. And, in a clichéd way, she discovers her good side and protects the girl and her father from the assassins. And, they live happily ever after. 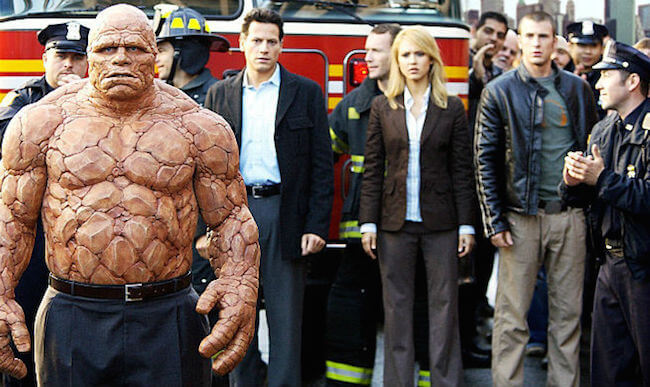 Tim Story’s movie was simply awful. In the movie, the team of four scientists accidentally acquires superpowers. Initially, they struggle with acceptance and are ill at ease with their new powers and the responsibility it comes with. Meanwhile, the villain Von Doom also acquires supernatural power of his own and wants power and domination over the world. He somehow manages to drive wedge between Reed (who was the brain behind the experiment, in which everyone acquired super powers) and Ben (the human rock). Soon, Von Doom takes on Reed and the team reunites once again. They successfully battle Von Doom and take him down in the end. In the end, the movie director leaves the door open for a sequel. But, I think the response they got from the critics and audience made it clear that the rivalry with Doctor Doom wasn’t something that would interest audiences any further. Therefore, they decided to include Silver Surfer for the sequel. It would have been better if they hadn’t. We will discuss more about it later on. 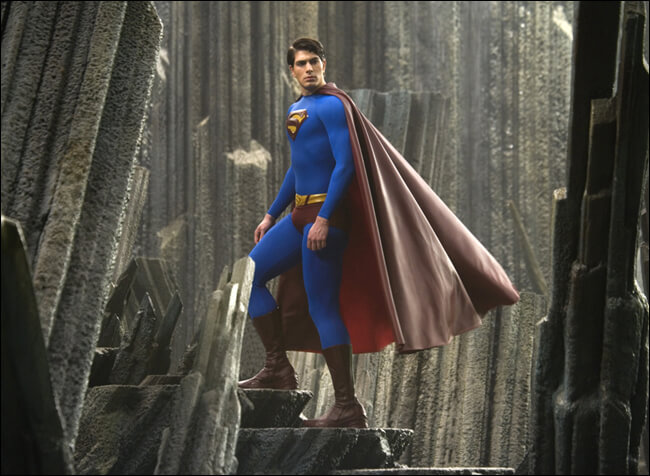 After series of attempts to resurrect Superman franchise, the Warner Bros. hired Bryan Singer to helm the new Superman project. The screenplay of the movie was developed by Dan Harris and Michael Dougherty. However, the end product of all their efforts was bit disappointing. Although, the movie managed to get decent feedback from the critics who praised its story, visual effects and style, but in terms of box-office collection, the movie was pretty poor.

Maybe, the fans weren’t interested in seeing the kryptonite hero in a poor shape as the movie had depicted. In the movie, Superman returns to earth after five years spent in futile search of surviving members of his race. When he returns, he finds that his love interest Lois Lane has moved on and has a five year old son. Meanwhile, his hated rival Lex Luthor has once again become powerful and is a danger to not only his life, but also to lives of billions.

Or, maybe the audience didn’t like the superhero being saved by a five year old. And, who can forget the absurd crystal landmass that rises from nowhere. 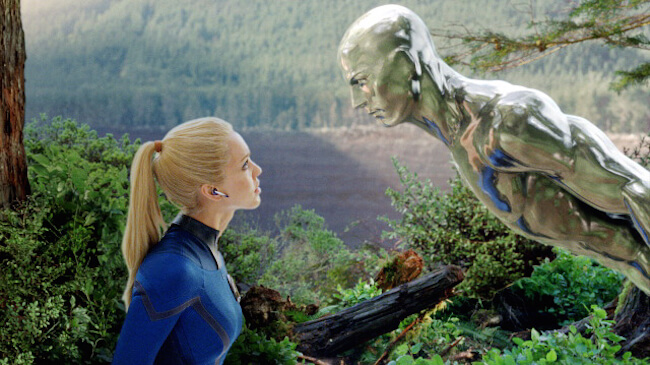 After the failure of the first movie of the franchise to do enough at the box office, the movie’s creative team introduced couple of new and interesting characters to make the new installment of the franchise, entertaining and exciting. Along with characters present in the first movie including Reed Richards, Sue Storm, Johnny Storm, Ben Grimm, Victor Von Doom and Alicia Masters, the movie introduced Silver Surfer and Galactus. However, the presence of so many exciting characters didn’t mean that this movie was any better than the prequel. In fact, the presence of so many characters made the story of the movie too bloated. Also, the pace of the movie was too slow and erratic at times. And, the emotional connection between Sue Storm and Silver Surfer also failed to draw any attention, and, the presence of Doctor Doom once again proved to be useless and pointless. It managed to divert attention from the main plot that was developing around Galactus. 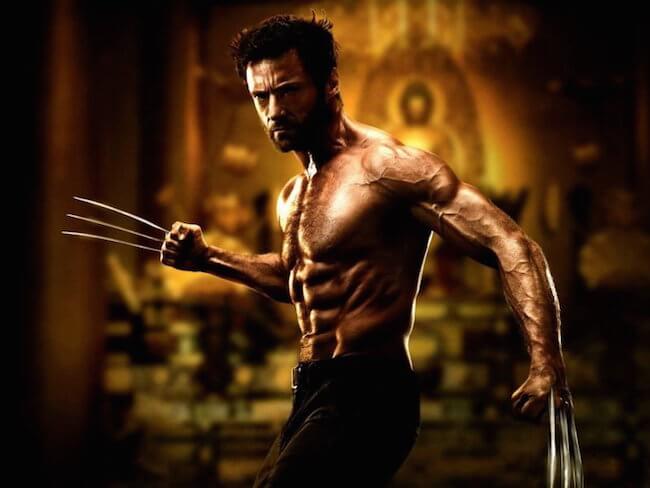 You can get an idea of how good or the bad movie is by listening to what the leading actor has to say about the movie, and, in case of this movie, Hugh Jackman, who has become synonymous with the role of Wolverine has himself claimed that he wasn’t happy with the final result of the movie. The movie was about the origin of one of the most popular mutants and his relationship with his half brother Victor Creed. On surface, the movie had all the aspects of a blockbuster. After all, every X-Man fan was interested in knowing about the early life of Wolverine. However, too many characters, confusing plot and too many special effects spoiled the entire experience. Also, it seemed movie was in a dire need of proper editing as there were some superfluous scenes. The only positive thing about the movie was Hugh Jackman’s impressive acting performance. 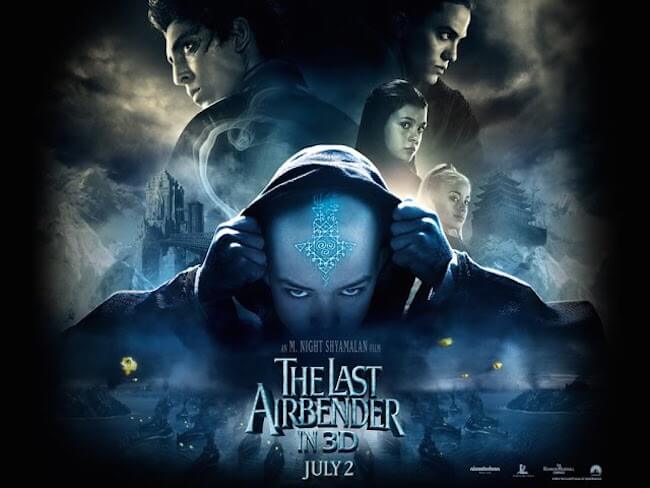 The Paramount Pictures had huge hopes from this movie. Inspired by the wildly popular Nickelodeon series and helmed by the popular and immensely successful M. Night Shyamalan, it was expected to do major business at the box office. The movie followed the adventures of 12 year-old Aang, who manipulates the classic elements (hence Airbender) to fight bad guys. Although, the movie was well liked by the younger audience, but it was widely hammered by the critics. The differences within the plot and between the screenplay and the source material were one of the biggest disappointments pointed out by the reviewers. The movie was selected for some of the worst awards. The movie swept the Golden Raspberry Awards in 2010, with five wins including Worst Picture. It is considered to be one of the worst films ever made. 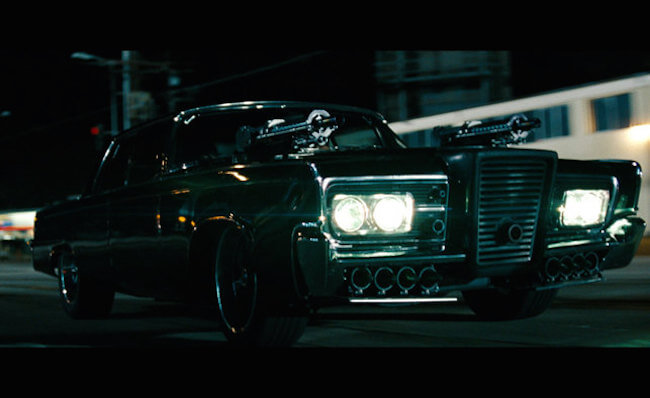 Seth Rogen is arguably one of the finest comedians in Hollywood. But, there is no way, he can pull off a superhero. Even, if it is in a comedy superhero movie. However, Columbia Pictures and Michel Gondry didn’t understand this and had to pay with a debacle of ‘The Green Hornet.’ But, you can’t find fault in Gondry’s efforts. In Cameron Diaz and Christoph Waltz, he had signed one of the most popular and bankable stars in the movie industry. And, even Diaz’s sizzling sex appeal and Christoph Waltz’s good acting performance as a villain wasn’t enough to save the movie at the box office. The other highlight of the movie was black beauty, which was Green Hornet’s car outfitted with several gadgets and weapons. On the side note, I believe the green color is not well suited for the superheroes. And, the next entry in the list is another proof of it. 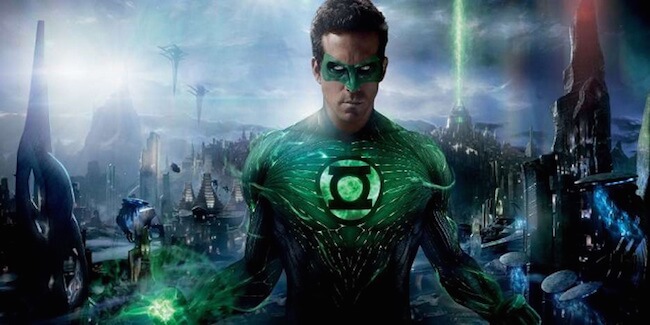 See, I told you, the green color and superheroes aren’t compatible. ‘Green Lantern’ also proved one more thing. Having an actor with superb physique in the superhero movie doesn’t warrant success. For it to be successful, you need a decent story, good characters and a good enough villain who could have more effect on the movie story. And, ‘Green Lantern’ had none of these. The overuse of CGI technology was overkilling as well. The only bright spot in the movie was Ryan Reynolds‘s acting performance. Some of the movies listed on this list despite being bad and receiving severe reviews, still managed to garner sufficient revenue. But, this Ryan Reynolds starrer failed in that aspect as well as it managed to earn just around $20 million in surplus from the movie budget. So, it is not surprising that the movie producers have scrapped all plans of sequel and will reboot the character in a 2020 solo movie. 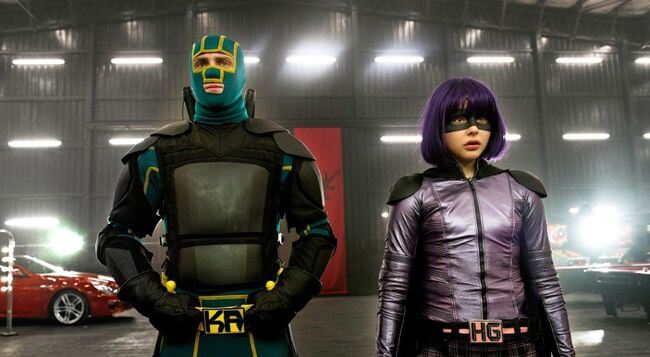 Due to the huge success of its prequel, the expectations were pretty high for ‘Kick-Ass 2.’ However, it failed to work up any magic either on the box office or on the critics. The critics were particularly unhappy about the pacing, shaky camera in the action sequences, strong level of violence and crude humor. With the addition of famous Jim Carrey to the movie cast, it was expected that the movie would be a runaway hit. Surprisingly, Carrey was one of the first vocal critics of the level of violence in the movie. In light of Sandy Hook Elementary School shooting, Carrey withdrew his support from the movie, even months before the actual release. In Hollywood, they say that any publicity is a good publicity. But, this certainly wasn’t true in this case as the movie suffered from the negative press it received. 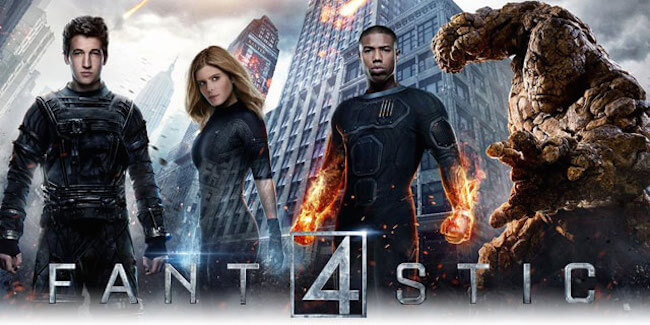 The latest version of ‘Fantastic Four’ is a lesson for everyone on how not to reboot a superhero movie. First of all, you need to cast actors who look like the characters. You can’t cast a teenager in the role of Reed Richards, who is known as one of the most accomplished scientists in the comic world. Also, you need a strong script and good character, if you are going to accomplish success in a reboot of any franchise. The critics felt that movie had a good promise, but a bland climax and heavy-CG effect fight sequences ruined everything, and, considering the movie producers had tried to inject youthful vigor in the project, it was surprising that they decided to use such a gloomy theme for the movie. You know what is the most surprising development about this project? The sequel of this movie is going to be released in 2017. 20th Century Fox does have some courageous guys on their team.