Abby Quinn is an American actress, singer, and songwriter who is known for having been cast as Annie in the coming-of-age period drama film based on its namesake novel by novelist Louisa May Alcott, Little Women, which stars the likes of Meryl Streep, Saoirse Ronan, Timothée Chalamet, Florence Pugh, James Norton, and Emma Watson. Abby Quinn has also appeared in a variety of roles in several shows and movies such as Landline, Law & Order: Special Victims Unit, The Sisterhood of Night, The Journey Is the Destination, Black Mirror, Radium Girls, Good Girls Get High, Better Call Saul, and After the Wedding. She started both her singing as well as her acting pursuits at a very early age and began playing the guitar when she was around 7 years old. Abby Quinn has also gained an impressive fan base and keeps her fans updated by posting pictures with her family members and friends on Instagram.

Abby Quinn is represented by –

Abby Quinn has not dated anyone publicly yet and prefers to keep her love life away from the public eye. Hence, it is difficult for us to ascertain anything about her relationship history.

Having been cast for the role of Annie, a fashionable and wealthy friend of Meg and Sallie Gardiner, in the coming-of-age period drama film, Little Women, in 2019 which is based on its namesake novel by novelist Louisa May Alcott. Abby Quinn has starred alongside the likes of Meryl Streep, Saoirse Ronan, Timothée Chalamet, Florence Pugh, Eliza Scanlen, James Norton, Laura Dern, Emma Watson, Louis Garrel, Bob Odenkirk, and Chris Cooper.

Abby Quinn once recorded an album at Bear Creek Studio in Woodinville, Washington. She also wrote and performed the song, titled Mr. Rubicky, in the comedy-drama film, Landline (2017), in which she was cast as Ali Jacobs.

Abby Quinn made her first theatrical film appearance as Tanya (as Abby Quinn Jackman) in the mystery drama thriller film, The Sisterhood of Night, in 2015. The film was premiered at Woodstock Film Festival in October 2014 and the lead cast of the film included Georgie Henley, Kara Hayward, and Kal Penn. 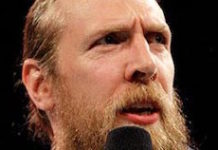